By Heidi Kerr-Schlaefer Special to the Surveyor The 82ndAnnual Academy Awards are this Sunday, March 7, 2010 and for the first time in 66 years, ten films have been nominated for Best Picture, instead of the standard five. When I first heard this astounding number, I was incredulous. Most years it is hard to find five films good enough to be nominated for Best Picture, let alone ten. The Academy 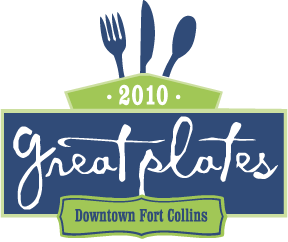 It’s here again!   March 1-14, 2010,  twenty-five Fort Collins restaurants will be offering a great $25 deal.   The event it sponsored by the Fort Collins Downtown Business Association. Click here to see  a full list and menus of the participating restaurants. My favorite  Great Plate deals  includes wings or nachos, a 14 inch specialty pizza and pitcher of beer for $25 at Coopersmith’s Poolside at  #5 Old Town

Now on HeidiTown.com, join me as I eat my way thro