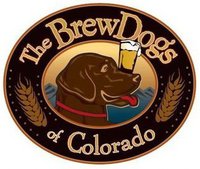 The GABF starts this Thursday and runs through Saturday, October 1.  In honor of this enormous beer festival featuring 450 breweries and over 2,200 different beers – more than any other beer festival in the world – I’m going to do a giveaway.

No, I didn’t manage to snag tickets, because the event has been sold out for months, but I am going to give one lucky HeidiTown citizen a signed copy of The BrewDogs of Colorado.  This book is a beautiful tribute to the brewers of Colorado and the dogs who love them.

With a forward by former brewery owner and now Governor of Colorado, John Hickenlooper, the book covers breweries from all across the state, including anecdotes about the dogs that have played a significant part in the brewers’ lives and notes about each brewery’s most famous beer, including medals and honors they have received.

To win a copy of  The BrewDogs of Colorado, just tell me your favorite breed of dog, and if you feel inspired, tell me why that is your favorite breed – and yes, “mixed” is a breed.  My “forever” dog, as I used to call him, was a “mixed” breed. I got him when I was five-year-old and he passed away during my first year of college. He was  one of the most special dogs I’ve ever owned.

The winner will be chosen at noon on Friday, September 30. Good luck!

Note: If you were lucky enough to secure a ticket to GABF, look for The BrewDogs booth – they have some great merchandise!

Patio time with the #doggo this summer. Gimme some