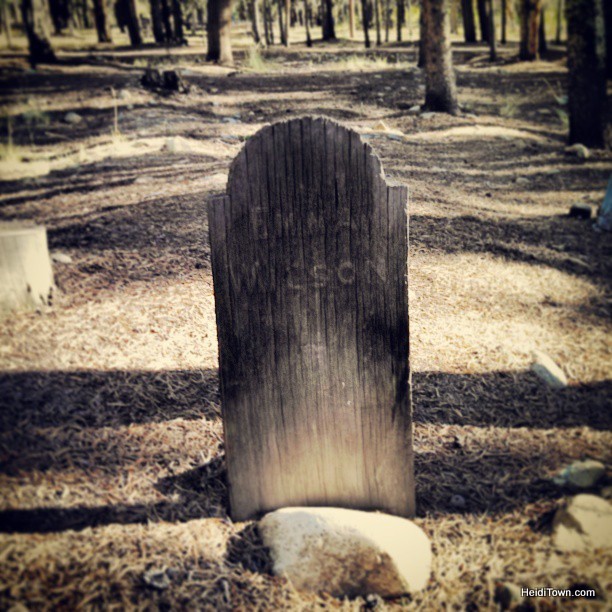 I love a good ghost story, despite the fact that the really good ones keep me up at night. I didn’t have a chance to take Roger Pretti’s ghost tour while I was in Leadville, but I did go on his cemetery tour and learned a lot of stories that included ghosts.

We arrived at the 147 acre Leadville Cemetery at 5:30 p.m. on a warm fall day.  The shadows grew long as we walked around the cemetery listening to the tales of woe that befell so many of the souls who are buried here. To say that life was tough in Leadville during its heyday would be an understatement. Many of the folks who lay to rest in this cemetery died young and violently.

Mine work led to all sorts of horrific deaths. Falling rocks or equipment could and did cleave men in two or dynamite could literally tear a man apart leaving very little for the coroner to examine and very little to bury in a grave. 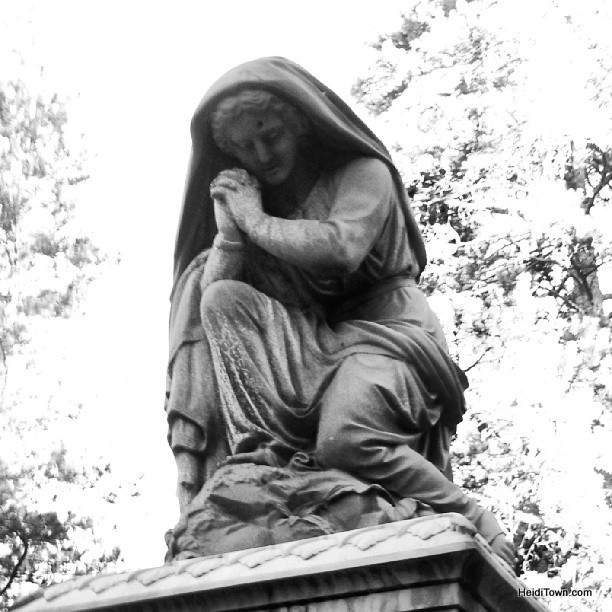 Men and women are buried in Leadville Cemetery, and just because they didn’t work in mines doesn’t mean that women escaped a terrifying and morbid end. Simple childbirth was a serious threat to a woman’s life. Germs were not yet understood and doctors delivered babies without washing their hands, introducing bacteria to a mother’s system often killing both her and the baby, as was the case with Edith Lefevre who died in 1886, along with her twins.

Many children died during this time period as well. Today we tend to think that we live in a scary and violent world, but it was much more dangerous in the 1800s. Making it to adulthood was a real feat. If you didn’t die as you were being born, a great number of things could take you – everything from a simple childhood cold to falling down a mine shaft like poor Emma Wilson, age 11. She fell down a mine shaft and died in 1885. 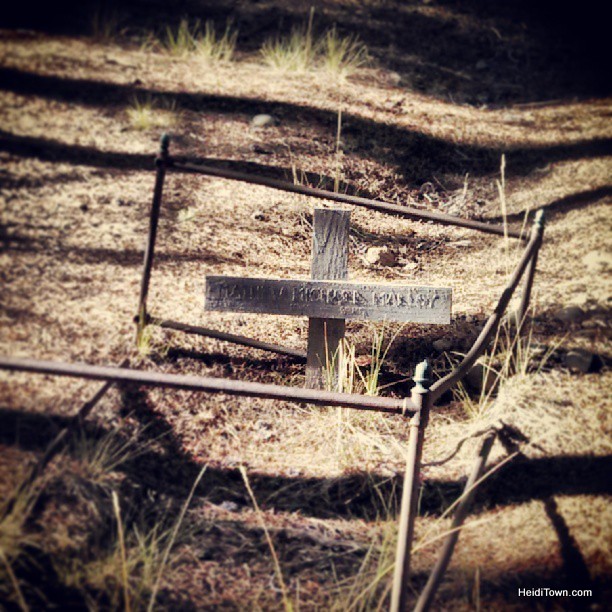 Stupidly I wore flip flops on my cemetery tour, not realizing this wasn’t going to be a well-manicured graveyard. The oldest section is now covered in pine trees and their needles periodically poked me as we walked along.

The air smelled of forest and among the fallen pine needles mushrooms grew in great quantities, some bigger than my fist. As we picked our way through the forested part of the cemetery, Pretti would suddenly stop us, point to a divot in the ground and declare it to be the grave of so and so. How he can tell is still a mystery to me because some of these century old graves have wooden markers, but most have none.

Pretti, a former newspaperman in Leadville, regaled us with story after story, most ending in an untimely death due to everything from gun shots to falling off a swing. Pretti has written several books about Leadville and I picked up his most recent book, “Lost Between Heaven & Leadville: Specters, Spooks and Shades of the Departed in a Colorado Silver Camp.” Watch for a review of it later this month in the Berthoud Weekly Surveyor.

His extensive knowledge about the history of the area makes him the ideal candidate to lead tours from the Delaware Hotel. There are several tours to choose from, and you can book them at the hotel.

A fall trip to Telluride, Colorado capture on Instagram
I love “She Loves Me” at Candlelight