If you’ve been a citizen of HeidiTown for long, you know that I’m a soccer nut. I am a longtime season ticket holder of the Colorado Rapids and World Cup is like a month long party at our house. Ryan and I love finding great pubs where we can watch the games live, and being self-employed, we are able to do that, even on week days.

In 2010, I wrote a popular blog post about where to watch World Cup in Northern Colorado. As HeidiTown has expanded to include the entire State of Colorado, I decided to do my homework and find soccer-friendly pubs from Grand Junction to Pueblo.

What time are World Cup matches being shown in Colorado? This year’s World Cup is being held in Brazil, and matches will start at approximately 10 a.m., 1 p.m. and 4 p.m. Mountain Standard Time. There are some exceptions to these start times. See the schedule here.

If you know a great soccer-friendly bar that isn’t on this list, please feel free to tell us about it in the comment section!   Especially those willing to open early for the first matches of the day.

Where to watch World Cup in Berthoud, Colorado

John Wood, the owner of KJ Wood Distillers in the tiny town of Berthoud, Colorado, is one of the biggest soccer fans that I know. He has a big flat screen television in his tasting room, and will open 30 minutes before every match during World Cup.  Wood also makes my favorite gin, Jinn Gin, so give it a try when you go!

Where to watch World Cup in Boulder, Colorado

This is the host bar for the new American Outlaws Boulder Chapter, so you can see every USMNT game here, home and away. With Irish pub fare and Guinness on tap, this will be the go-to bar for World Cup 2014 in Boulder.

All US Matches will be shown here on the big screen.  And yes, they have a bar so you can pound pints while you root on our boys.

This store will be showing every World Cup match in their lounge that includes stadium seating. They do not have a bar, but you can BYOB! It’s not uncommon to have 50 soccer fanatics watching a match at this location.

Where to watch World Cup in Breckenridge, Colorado

Breckenridge, Colorado has A LOT of sports friendly bars, and GoBreck tells me that the games will be on the television at all of them! Go HERE to see the list of where to get your “Game On” in Breckenridge. My personal favorites on this list are Fatty’s Pizzeria and Downstairs at Eric’s. Those would be my top picks for watching World Cup in Breck!

Where to watch World Cup in Colorado Springs, Colorado

This pub will show all US games in Jack’s Attic, and will show all World Cup games aired on television in the pub. They are planning raffles and SWAG giveaways too.

Where to watch World Cup in Denver, Colorado

This is an official viewing spot for Colorado Rapids games. We’ve been going to this place for many years, and while they really don’t have an optimum television set up, it has a great vibe during soccer matches and the beer and food fit the sport. We love The Celtic!

If you root for Germany this is the place to catch those matches this summer. We watched some of the 2006 World Cup at Chinook, when the restaurant was still located in Cherry Creek, and I have pleasant memories of watching there. I haven’t been to the new location in Greenwood Village, so I can’t vouch for how great the viewing is now, but they have guaranteed me that all the matches will be on (not just Germany).

If you are serious about rooting on Germany this summer, Prost will be the German Chamber of Commerce – Colorado Chapter’s German World Cup viewing headquarters.

PLEASE NOTE: There are bunch of soccer friendly bars in Denver including places like The Armory and The British Bulldog, as well as others. Go to Where to Watch World Cup in Denver on Facebook for more info on where to watch around the Mile High City.

Where to watch World Cup in Durango, Colorado

We’re actually big fans of this pub and try to stop in every time we’re in Durango. I have learned that the entire World Cup will be shown here both upstairs and downstairs, plus they are doing fun contest with great prizes.

Where to watch World Cup in Fort Collins, Colorado

They are opening early for all games and you can watch on a huge projector screen. Way to go, Avo’s! And on a different note, they have one of the best patios in Fort Collins.

This is the official Northern Colorado viewing spot for the Colorado Rapids. Jeff, the owner, is a former footballer himself, and plans to embrace this summer’s World Cup wholeheartedly. The plan is to set up a screen outside on the big patio where folks can watch matches in the sunshine. They have good, affordable grub and tons of awesome, Colorado beers on tap. Opening early for US matches, but probably not the others.

We watched a handful of World Cup 2010 here. With Colorado State University nearby, the place has a cool, international vibe during World Cup. They also sell pitchers of beer, which is surprisingly hard to find in most Colorado bars. This is definitely a favorite of college kids, so be prepared to fight for a seat, but they do usually show the matches on a big screen.

Where to watch World Cup in Grand Junction, Colorado

I’ve been here and they have excellent fish & chips, so I thought they might be a good place to watch World Cup, so I called to confirm and YES, they will be showing the matches and WILL be opening early for the 10 a.m. games.

Where to watch World Cup in Pueblo, Colorado

This pub and brewing company plans to show World Cup matches and will open early for US matches.

Where to watch World Cup in Steamboat Springs, Colorado

McKnight’s is going full-tilt for the 2014 World Cup. Every game will be shown on a giant projector screen and they will host a bracket pick’em and giveaways that include tickets to the upcoming Manchester United game in Denver.

Where to watch World Cup in Telluride, Colorado

This will be the place to watch World Cup in Telluride, Colorado. They will open early for the matches.

The World Soccer Celebration presented by Western Union will run from June 13-16 at Skyline Park in downtown Denver near the 16th Street Mall. The event will feature live broadcast of the matches on a 20-foot screen and the public is invited. The four days includes live soccer, food and drink vendors, games, giveaways and more. The event is being hosted by the Colorado Rapids Soccer Club. More details can be found here. 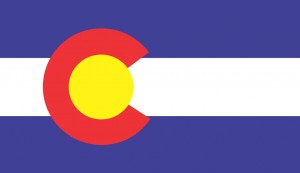