The granddaddy of all beer festivals is the Colorado Brewers’ Festival, and for 25 years they’ve been setting the bar for beer fests across the state.

There’s a big change at this year’s Fort Collins’ fest. Admission is now free. General admission hours are 11 a.m. to 5 p.m. on both Saturday, June 28 and Sunday, June 29, 2014. Also, there’s no VIP ticket this year and your wristband is good all weekend long. 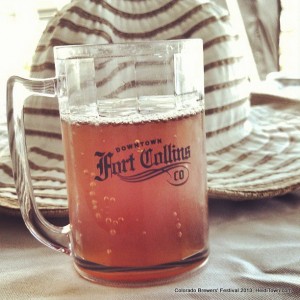 Colorado Brewers’ Fest is first and foremost about beer. More than 50 Colorado breweries will tote their tasty brews to Fort Collins to be sampled by the hundreds of patrons at the fest. This is a chance for folks to “travel” through Colorado’s breweries without leaving the festival’s 7 acre grounds.

There will be General Festival Beer available for tasting throughout the fest, but “The Summit” area will be serving up rarer, Small Batch Beer. There will also be a Beer School at “The Summit” with workshops such as “Learn about Growing Hops at Home.” 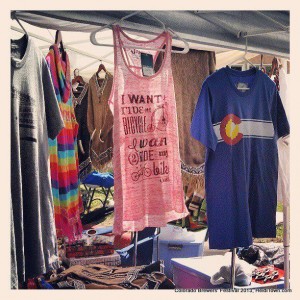 In “The Wilderness” festivalgoers can check out Colorado adventures such as rock climbing, ziplining, bull riding and more. In “The Backcountry” Colorado vendors will display their wares and Colorado destinations will share the things their individual locations have to offer. They probably should have called this area, “HeidiTown.”  🙂 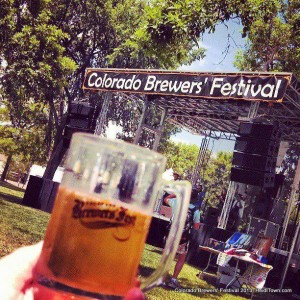 In addition to the beer and activities, music has always played a big role at Colorado Brewers’ Festival. After all, the event is in Fort Collins, a city that has become nationally known for the musical talent that’s being fostered there. Twelve bands are scheduled to take the Bohemian Foundation Main Stage this year.

Here’s how I DO Colorado Brewers’ Festival”¦ I sample a few beers, then sit under the trees and listen to music. Then I sample a few more beers and sit back down to enjoy the music. At this point I may even get up and dance a bit. Then I’ll find something to eat, grab a beer to wash it down and head back to the shade. It’s a swell way to spend a day in Fort Collins, Colorado. I hope you’ll join me!

Win 4 tickets to Colorado Renaissance Festival
A visit to The Living Farm in Paonia, Colorado