What’s better than beer and blues music? Beer and blues in Telluride. For 21 years, Telluride Blues & Brews has been bringing top musical acts and great beer to the San Juan Mountains. This year is no exception. 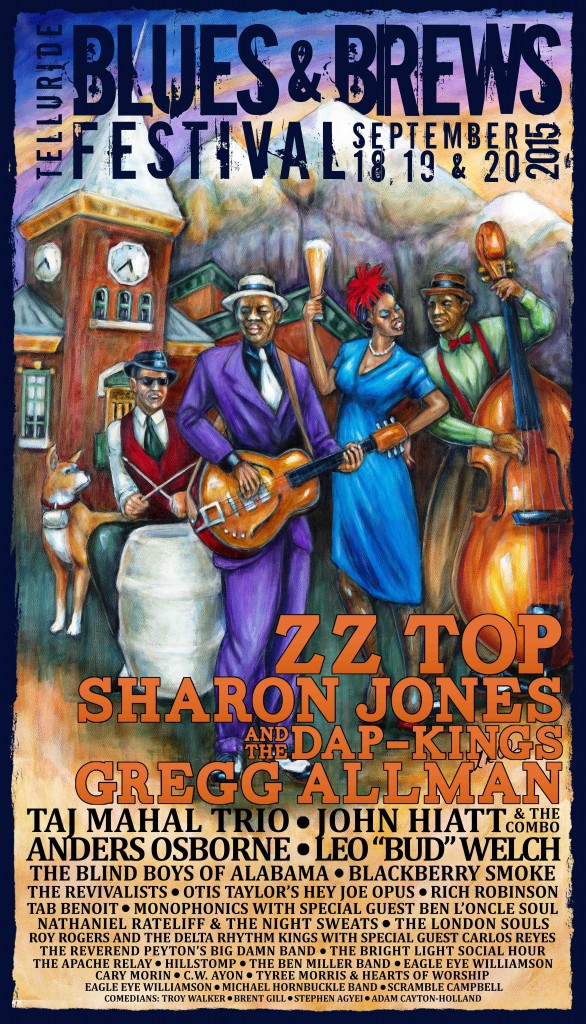 Speaking of things that are almost sold out, three-day passes to Telluride Blues and Brews are limited, as are the late night, Juke Joints, shows.

The Blues & Brews bands are too numerous to name them all, but I’m most excited for ZZ Top and Sharon Jones & the Dap Kings. We saw Jones at Snowmass Mammoth Festival and she’s one of the best entertainers I’ve ever had the pleasure of seeing perform live. 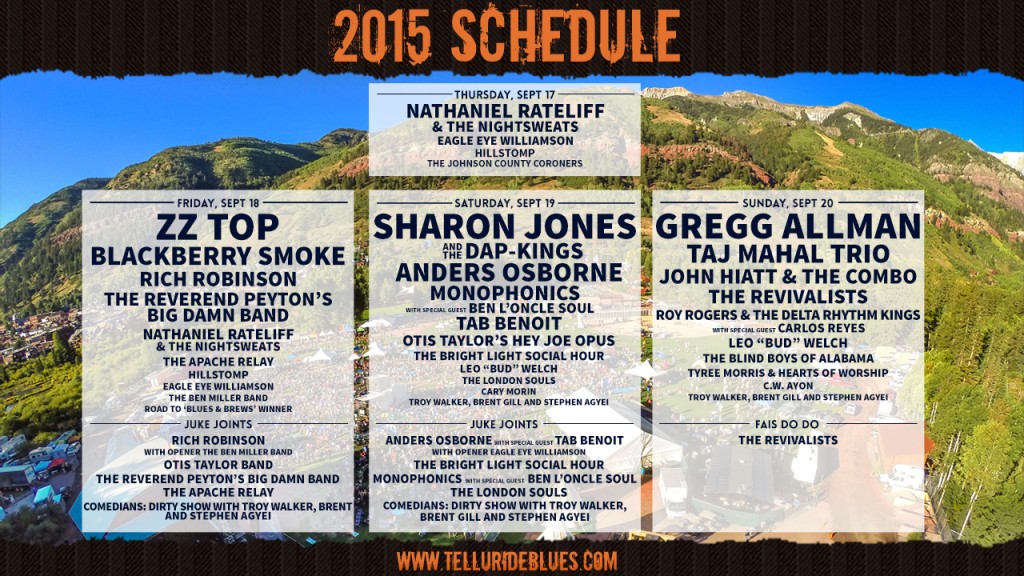 On Friday, Blues & Brews is hosting a  Sharp Dressed Fan Costume Contest  so be sure to pack your longest beard because the theme is  ZZ Top. The winner gets two 2016 Blues & Brews Festival weekend passes. For details  click here.

While you’re in town, stop by the Arroyo Wine Bar at 220 E. Colorado Avenue to enjoy a beverage and appetizer and enjoy artwork from festival photographers Barry Brecheisen and Dina Perruci, and artists Daryl Price and Scramble Campbell. Arroyo will be open daily during the festival from 7 a.m. to close.

A new event is happening at this year’s Blues & Brews. Festival goers of all skill levels can join Telluride Yoga Fest on Saturday and Sunday morning at 9 a.m. in Elks’ Park, located across from the Telluride courthouse on Main Street. More info here.

Last, but not least, let’s not forget about the brews. The Grand Tasting is Saturday, September 19 from 12 to 3 p.m. and features 56 breweries serving up more than 170 beers.

Telluride’s hotels and condos are filling up fast, so you may consider camping (first come, first serve). So many folks camp that there are music session scheduled in the campground.

June 8-12 is @visitlovelandco Tourism Week. One of