Snow Mountain Ranch certainly lives up to its name during the winter months. This YMCA of the Rockies property, located near Winter Park, Colorado, has enough winter sports activities available that guests would need to spend at least a week to do them all. 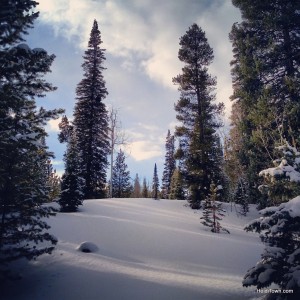 We stayed for three nights and did as many as was humanly possible. I’ve already blogged about our dog sledding excursion and sleigh ride, but we did much more.

We stayed in a Snow Mountain Ranch cabin that was near several good snowshoe areas. After taking the dog for a walk on the snow packed road, we strapped on our snowshoes and headed out. Our old dog is a little too old for slogging through the snow so we left her at the cabin. 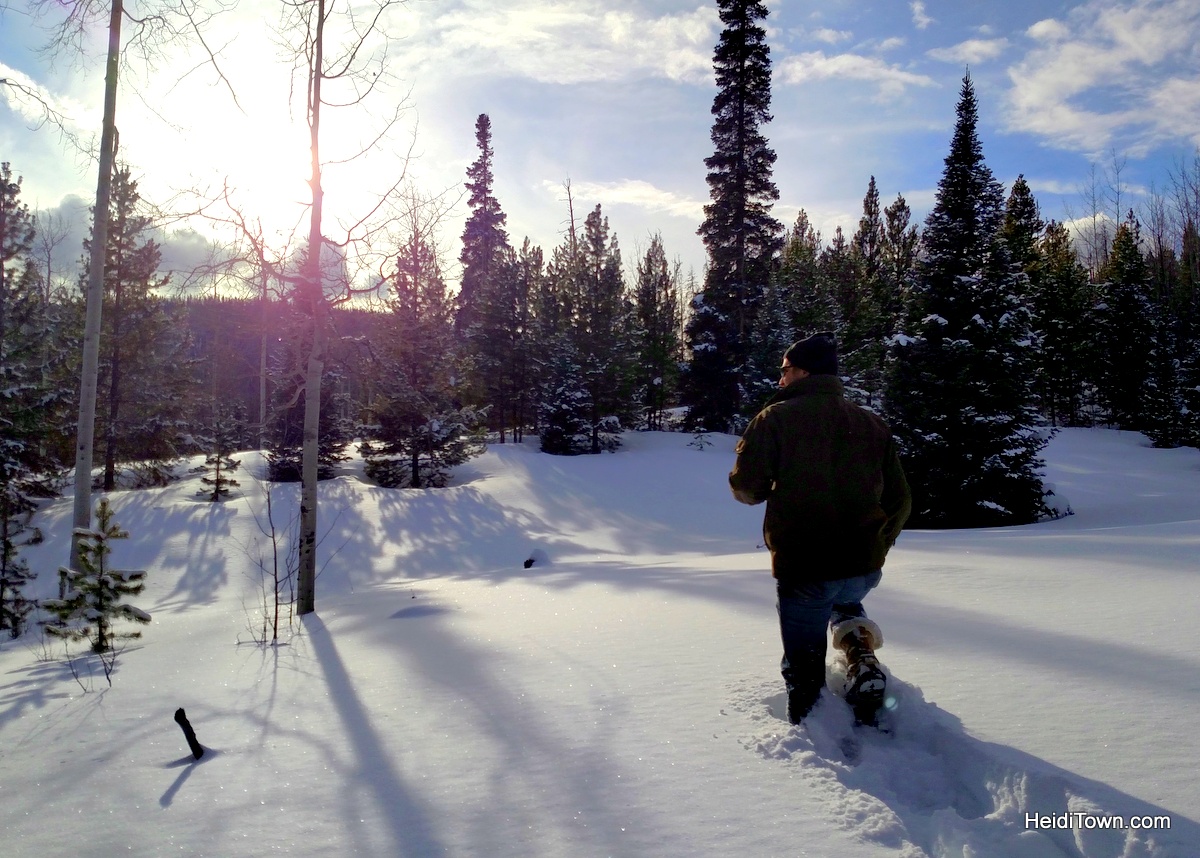 We stayed on a trail for awhile, but Ryan wanted to get away from the cabins and cross country ski trails so he decided that he should cut us a new trail. However, he severely underestimated the depth of the snow. Ryan started uphill and then turned to trudge horizontally across the mountain before he started plowing downhill.

I enjoyed the spectacular scenery while Ryan broke trail in front of me stopping occasionally to wipe the sweat from his brow.

As twilight began to fall we followed what was most likely a moose trail that eventually intersected our original trail back to the cabin.

Next time Ryan will probably opt to stick to the trail.

Fat biking is all the rage in Colorado and you can give it a try at the Snow Mountain Ranch Nordic Center. I’d recommend giving it a try before committing to buying a fatbike, continue reading to learn why.

It turns out that fat biking isn’t easy. After taking a couple headers over the handlebars – yes he was wearing a helmet – Ryan got the hang of it, sort of. He says downhill is definitely more fun than uphill and that the activity provides an excellent workout. While he won’t be investing in a fatbike any time soon, he’s glad he gave it a try and can see why avid mountain bikers have taken such a shine to the sport.

I fell in love with the Snow Mountain Ranch Nordic Center. After indulging in a delicious bison chili in their cafe, I clipped into my skis whilst being serenaded by German music flowing from the outside speaker system. I felt like I was about to embark on a ski outing in the Alps.

The Nordic trails at Snow Mountain Ranch were a delight and I only had to clip out of my skis a couple times when our green trails intersected with some blues and blacks. Despite having Nordic skied for a number of years, I’m still afraid of big downhill runs. Ryan, a born skier, did not clip out, but enjoyed the occasional downhill jaunts. 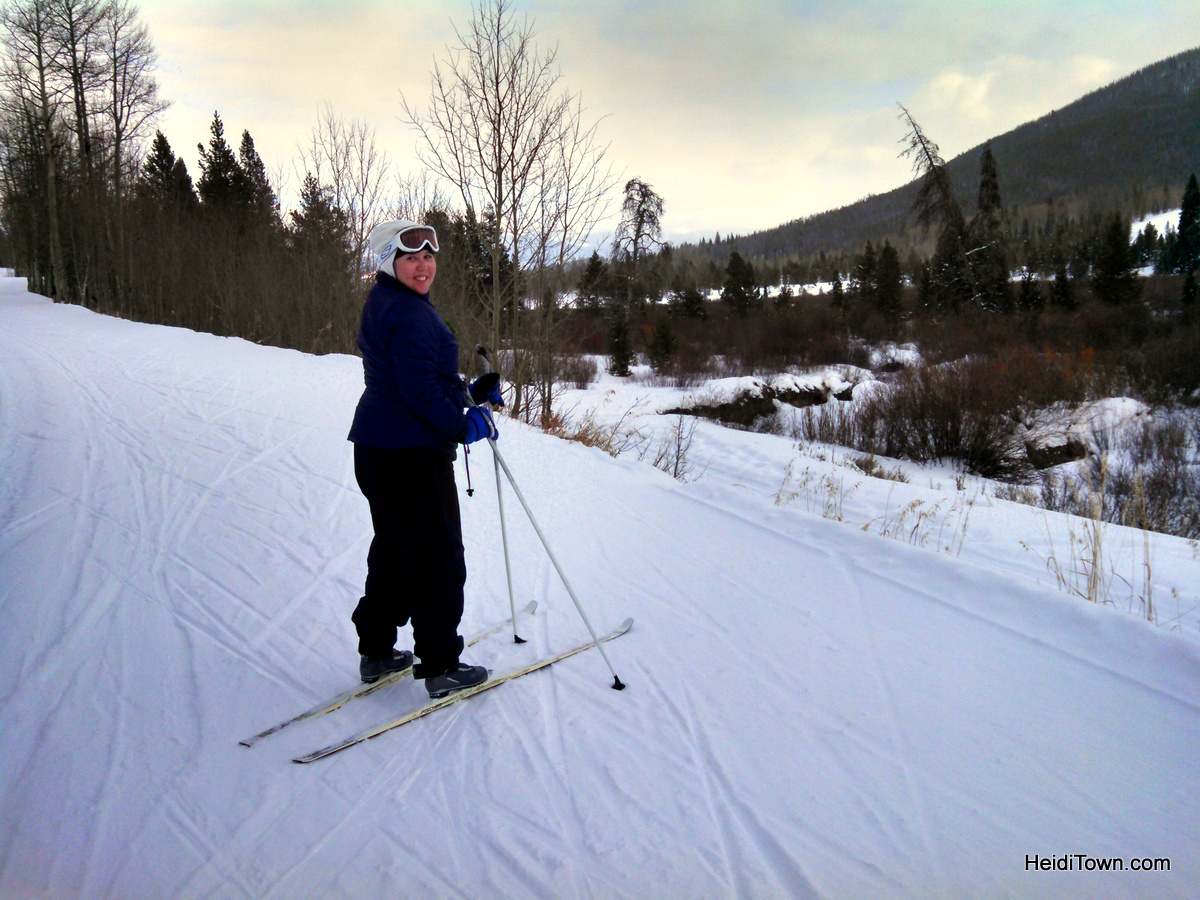 The trails have a nice array of scenery; some wide open vistas and some tree lined routes.

Note: Snow Mountain Ranch is a great place to have your skis waxed. Mine were in desperate need of a good waxing and it cost just $20 and took only 20 minutes.

Other winter sports available at Snow Mountain Ranch include ice skating, horseback riding in the snow and sledding on the tubing hill.

Thank you to  Snow Mountain Ranch  for hosting us on this fabulous winter getaway.

Featured Festival: Loveland Fire & Ice Festival 2016
Running on the Rio Grande River, a 5K Like No Other