This post is specifically aimed at my Colorado readers, however, hotels in other states probably run similar locals-only specials.

Let’s face it, Colorado is really, really popular. Everyone wants to visit and that means that traveling here isn’t cheap. That’s why specials for locals are so darn cool! I’ve been noticing these pop up over the last couple of years and I thought I’d share a few with you.

We have a special relationship with The Brown Palace as the hotel’s Ship’s Tavern was the location of our wedding after party and we’ve stayed here a handful of times and it’s always rather dreamy. After all, The Brown Palace is one of Denver’s most historic hotels and she’s retained her gilded beauty even after 126 years.

If you’d like to experience The Brown Palace and you’re a resident of Colorado, you can take advantage of their Just for Locals Package. This special features 50 percent off of parking and an upgrade to one of their executive rooms based on availability. Choose the Signature Room package with rates starting at $199 or the Premium Room package with rates starting at $249.

Remember, all stays at The Brown Palace include top-notch service that will make you feel like royalty but don’t worry, you don’t have to pack your ball gown or tux.

New hotels have been popping up in Denver frequently over the last few years and Le Méridien is one of the newest and one of my favorites.

It is, perhaps, the most fashionable hotel the Mile High City has ever seen, with its twinkling chandelier in the lobby and sexy, mid-modern furniture. In fact, I interviewed the company behind the interior design of the hotel for an article I wrote for Colorado Homes & Lifestyles and I learned that the inspiration for the hotel was a fictional French lady with all the sophistication one would expect of a Parisian.

RELATED: A Holiday Date Night in Denver With a Stay at Le Méridien

Le Méridien has a variety of fun packages to choose from including a unique DisCOver Denver package that would be great for those who have recently relocated to Colorado. However, their Colorado Resident Rate will save you up to 10 percent on your room and includes complimentary admission to museums, distillers and more through the Unlock Art ™ program. You’ll also have complimentary access to UNLOCK Denver Partnerships, Range Rover car services and bike rentals. 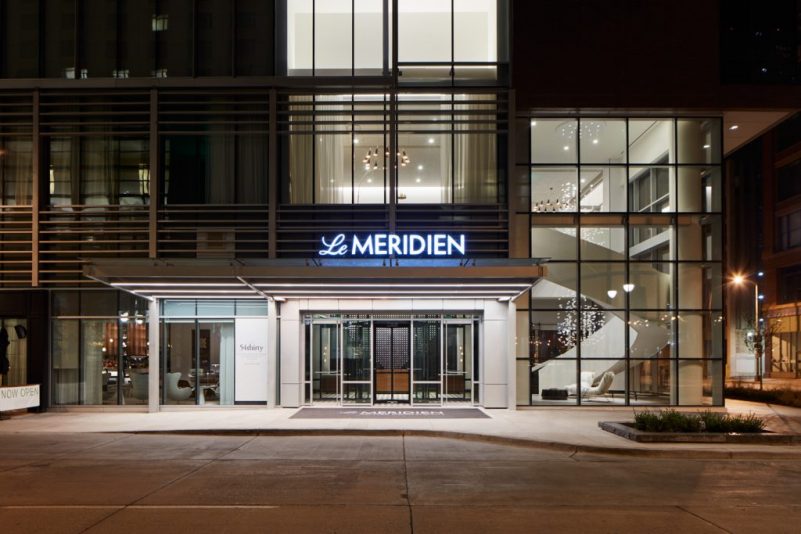 Le Méridien’s location, within a stone’s throw from the Denver Center for the Performing Arts, makes it ideal for a theater or symphony weekend.

It’s not just Denver hotels offering these specials to Colorado residents. Aspen’s The Little Nell, a 5-Star, 5-Diamond property, also offers a Colorado Resident Rate on rooms and suites, plus complimentary valet parking. If you’ve ever wondered what it’s like to live “the good life,” The Little Nell offers it in spades.

The Limelight, also in Aspen, offers a Colorado Resident Locals Rate starting at $155 per night.

There are other hotels that run occasional Colorado Resident Specials. I’ve personally seen local rates specials run by Marble Distilling Co.’s Distillery Inn and Jerome Hotel, so keep an eye out and get on your favorite hotel or resorts mailing list to be the first-to-know when one of these specials pops up. And of course, it never hurts to call and ask if a hotel offers a locals-only special.

Where to Stay in Grand Lake: A Penthouse for Me, Please

Music, Mussels & Magic at The Elizabeth Hotel in Fort Collins