This is part three of a three-part series on travel to the San Luis Valley.

Most people who stay in the Moffat area of the San Luis Valley, have hot springs on the agenda. That’s because two hot springs destinations are located here. In fact, our Airbnb, Mountain Springs Homestay, is next door to Valley View Hot Springs and just a 15-minute drive from Joyful Journey Hot Springs.

If you want to soak at Valley View, make sure you call ahead and make reservations. They allow a limited number of soakers and weekend days fill up months in advance. Valley View is also clothing optional, so plan accordingly.

We ended up at Joyful Journey twice and I hadn’t soaked this much in one day since I was diagnosed with carpal tunnel and ulnar nerve damage. Many writers suffer from these ailments. The visits to Joyful Journey, where the water boasts a significant number of minerals, had a positive impact on my nerve damage. My arms felt amazingly normal after two long soaks. I have no idea if it this was due to the water or being on vacation, but it was wonderful.

We did a morning soak and evening soak and the views were spectacular. Joyful Journey also includes a spa, lodge rooms, tipis, yurts, RV sites and a campground. The property enjoys splendid vistas of the Sangre de Cristo Mountains that glow at sunrise and sunset.

Joyful Journey isn’t an undiscovered gem, and it can be a bit crowded. It was certainly popular during our weekend visit. In fact, the facility hosts many retreats such as yoga, dance and meditation.  However, we found moments of peace here between waves of visitors.

We had driven our Toyota pickup truck to the San Luis Valley and Ryan was determined to find a back way into Great Sand Dunes National Park. However, after hours of driving down roads and running into closed gates and fences, we gave up. Maps show numerous roads and jeep trails in and around the park but we found none to be accessible.

The day was a bit overcast and blustery. We had an al fresco lunch near a lake in the San Luis Lake State Wildlife Area before driving towards the Great Sand Dunes to take some photos. We’ve camped at the sand dunes several times in the past so we did not go into the park.

In search of a birding area, we drove up and down many dirt roads (again) west of the park but kept running into gates. A little discouraged, we realized we were mere minutes from Alamosa, so we decided to stop there for a beer.

RELATED: How We Committed One of the 7 Deadly Sins in Alamosa, Colorado

We ducked into Square Peg Brewerks for a pint. It is two-years-old and new since our last visit to Alamosa. At that time there was only one brewery, San Luis Brewing Company, maker of our favorite chile beer. Now there are three breweries, including The Colorado Farm Brewery, which is located about 20 minutes outside of town. We had a nice pint at Square Peg and chat with the beertender before moving on.

Since we hadn’t found a birding area near the Great Sand Dunes we decided to try the Alamosa National Wildlife Refuge, just minutes outside of town. This is a sweet spot for birding and despite the wind, we saw a lot of birds. There is an auto-loop here, as well as a Visitor Center that was closed during our visit. 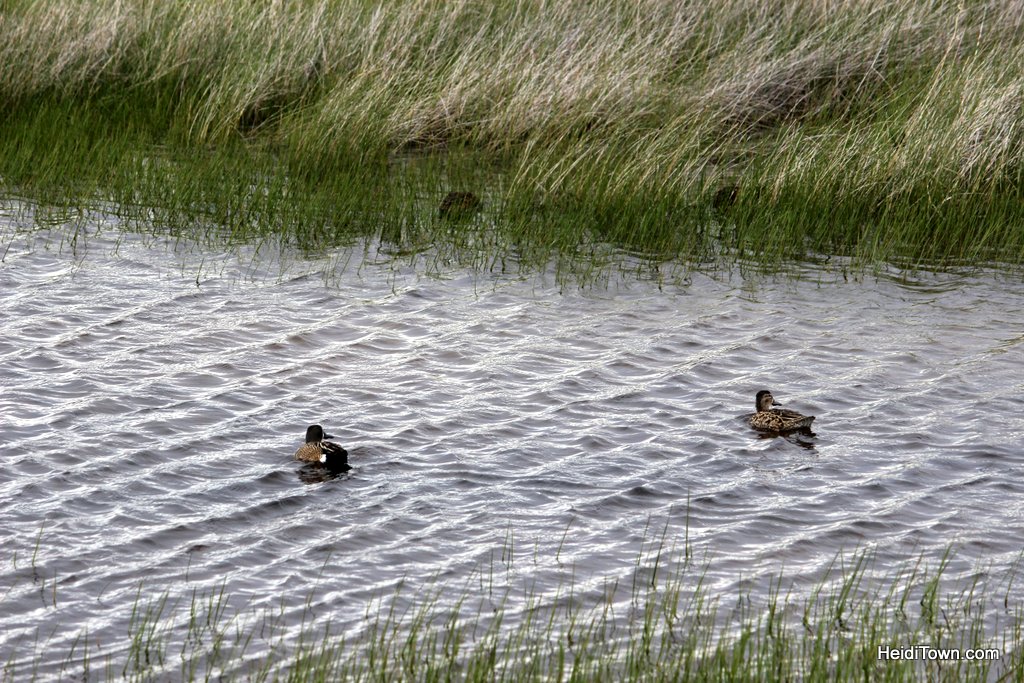 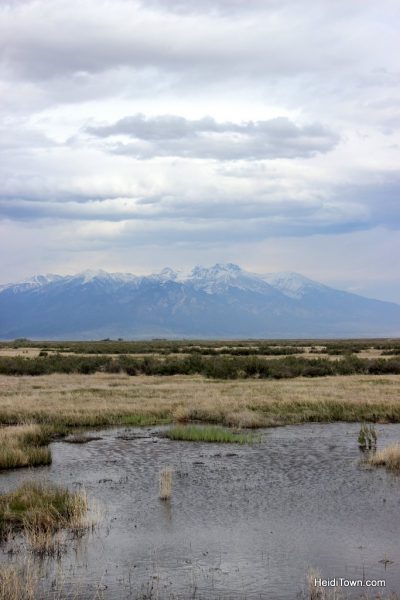 From the auto-loop, we saw dozens of yellow-headed blackbird swaying on cattails and lots of ducks. We saw a large shorebird and hundreds of swallows. We even spied a herd of sheep and lambs in the distance, complete with a sheepherder and her border collie.

An hour from our Airbnb, we made a bee-lined back to Moffat where we dined at Grammy’s Kitchen, the only restaurant in town. This eatery opened in January 2018, and as one might expect from the name, they serve home comfort food like fried chicken and prime rib. There’s even a wood stove that they fire up when needed.

We dined on fried chicken; Ryan had his smothered in gravy and a milkshake. That’s the other thing they make here, old-fashioned malts like some of us remember from childhood. Everything was scrumptious and if we’re ever in the area again, we’ll be back.

On the way out, we bought bread. That’s right, they sell bread like your mom used to make. My mom really did make her own bread (something I took for granted until I became an adult).

Ryan got to use a real map a lot during this trip. We ventured into territory where GPS and GoogleMaps refused to work and I think using a paper map is something Ryan will remember fondly from this adventure.

Our time in the San Luis Valley is like no other experience I’ve had in Colorado. Here, one feels disconnected from the world, especially when the signal on our phones or the truck’s GPS disappeared.

The Valley has a quietness about it. It is as if someone talks too loud they’ll break the beauty spell and the area is beautiful. With mountains all around, dirt roads and more cows than humans, it’s easy to fall in love with the San Luis Valley. Especially if you are looking for a true, off-the-grid Colorado getaway.

Read Part One “Living History in the San Luis Valley of Colorado.”