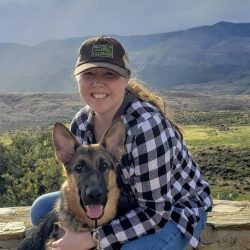 We recently spent seven days and six nights on the road. We spent three of those nights in Phoenix visiting my parents. I’ve done a lot of road trips but just recently, all of them have included our new German Shepherd. Her name is Fritzi, she’s seven-months-old and most days I love her.  Traveling with a dog changes things, but it’s not a drastic change. We realized that as long

I debated on whether writing about the loss of our dog on HeidiTown. However, the more I thought about it the more I realized that our dog deserves a post (or 20, but I decided on one for the sake of my readers). After all, she was with us for nearly 15 years and six months which is a large era in our lives. Xena left us on August 24,

The judge has spared Rolo’s life.   He is ordering the dog into obedience classes and the owner’s 90 day jail sentence has been suspended. Thankfully, this debacle has come to an end and Common Sense prevailed.

Rolo’s Owner Found Guilty, Dog May Be Destroyed Raj Chohan, Reporter ARVADA, Colo. (CBS4) “• A jury in Arvada convicted Laura Hagan Tuesday afternoon of having a dangerous dog. Her German shepherd, Rolo, attacked a woman and her son last August. Rolo attacked Kathy Hardin and her 14-month-old son. Her dress was torn and she was bruised and scratched, according to court records. After the attack, a city judge ruled