This is not a post about the island in the Caribbean. This is a post about Trinidad, Colorado. You may have heard about it. Over the years, Trinidad became well-known as the sex change capital of the United States.

Interestingly, the clinic that put the town on the map for sex change surgery, moved to California a number of years ago, but preconceptions die hard, especially when a town’s sex change reputation is big enough to have made it onto an episode of South Park.

Before I visited Trinidad this past summer, it was 1) the sex change capital of the United States 2) a place I drove through on my way to New Mexico and 3) the place my friend Amanda, who makes the world’s best green chile, grew up.

After visiting Trinidad, I’ve developed an entirely new perspective on the town. It’s a place where no one is a stranger, where art thrives and history runs deep, where waiters sing and the positive energy is so thick it’s hard not to get caught up in its flow.

I can honestly say that when I add up all of my experiences on our two night trip, it was one of the most fantastic and fascinating places I have visited in Colorado.

Ryan and I were in town because HeidiTown had been invited to cover ArtoCade, a unique art car event that must be experienced to be understood. I blogged about it here and here.

After checking into our hotel and before heading downtown, we went to Trinidad’s only brewery, Dodgeton Creek Brewing Company, which is north of town. Here we enjoyed good beer and even better conversation with locals who talked proudly about their town.

We got a recommendations on restaurants and insight into the town’s bright economic outlook, thanks in part to marijuana businesses, which have been proactive in gaining unilateral support for their industry in Trinidad. 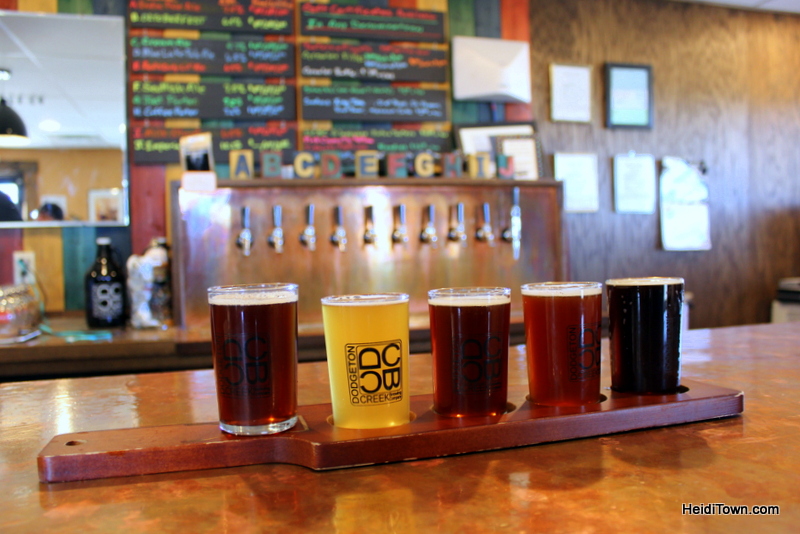 Our first reaction to the downtown Trinidad was pure delight in the architecture. The buildings are magnificent and it’s obvious that there was an enormous amount of money in this town during the 1800s.

The downtown area is much bigger than I expected with a never ending array of beautiful buildings to view and photograph. 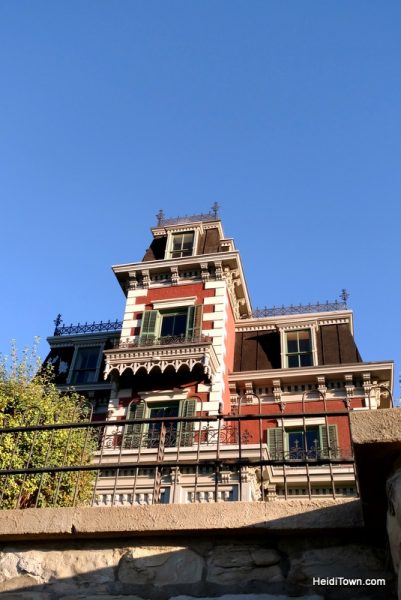 On the recommendation of nearly everyone we met, we had dinner at Bella Luna Pizzeria, and it did not disappoint. They serve up delicious pizza in a friendly and cozy environment. 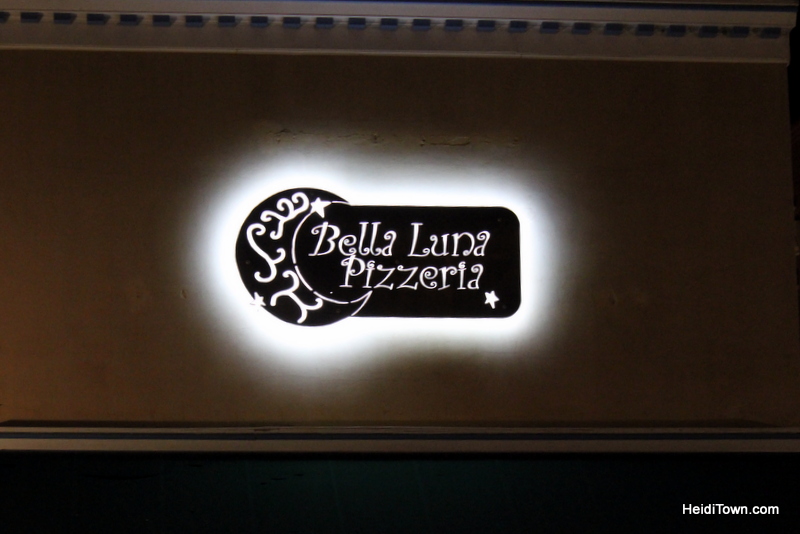 After dinner, intrigued by its retro signage, we stumbled into Skateland, which I later learned has been operating in Trinidad since 1949. It’s a true, old-fashion skating rink and one of only two rinks in Colorado with the original wood flooring (the other is in Pueblo). 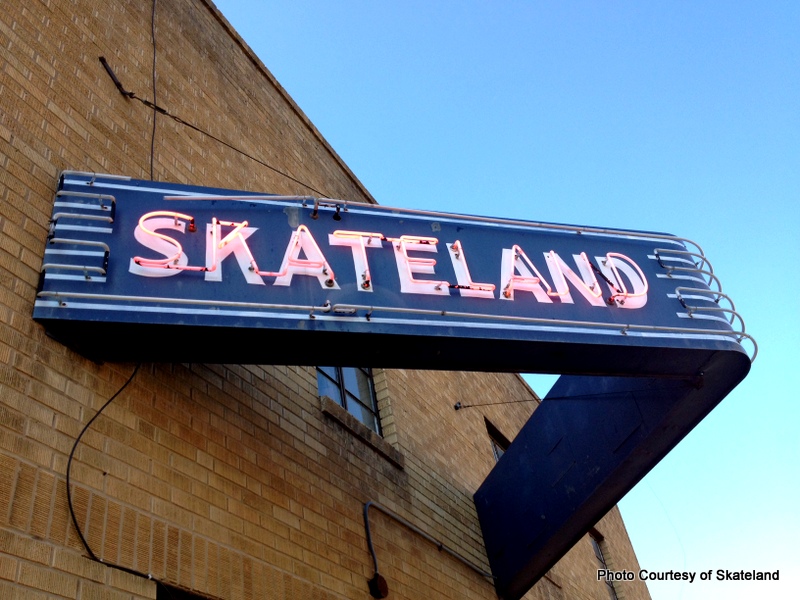 Skateland has a new caretaker, Jaime Primmer, and if love can save a place, this classic skating rink just may make it another 67 years. If you’d like to help Jaime keep this skating rink open, please go to Skateland’s GoFundMe page here.

That evening we enjoyed drinks and conversation at the bar at the Quality Inn where we were staying. The bartender loves riddles and games and the small space tucked into the hotel’s large atrium is full of them – just look around – it kept us entertained for quite awhile that evening, along with a patron’s puppy that kept scampering in from the patio and stealing the show.

The next day, before ArtoCade got underway, we decided to drive up to Lake Trinidad to take some photos. On the way, we stopped at Bob & Earl’s for breakfast, on the recommendation of the bartender at Bella Lunas. I had the breakfast burrito with green chile (there is no bad green chile in Trinidad. I fear any purveyor of bad green chile would be run out of town).

Back in town, we happened upon the Trinidad Farmers Market, which turned out to be terrific. I’ve been to much larger farmer markets around Colorado that didn’t have half the amount of fresh and local produce I found at Trinidad’s market.

The rest of our Saturday was filled with ArtoCade shenanigans. This is like no other festival I’ve attended and I highly recommend folks come down and experience it for themselves next year.

After the parade we indulged in street vendor food; a pulled pork sandwich for Ryan and a crawfish etouffee hot dog for me, which was the tastiest and perhaps most messy street food I’ve ever eaten.

We toured the Trinidad history museum grounds (we will one day go back and take an official tour) and then purposefully got lost in the backstreets of Trinidad. We became mesmerized by the town’s architecture and wandered around taking photos and surmising about what used to inhabit the various empty buildings.

My favorite spot in downtown is Commercial Street. It’s curviness reminds me of streets I’ve walked in San Francisco. We popped into What A Grind for a cup of coffee and I realized that this beautiful coffee shop, restaurant and bar incorporates a lot of what Trinidad is all about which is progress and preservation. This town is proving that the two can exist simultaneously. 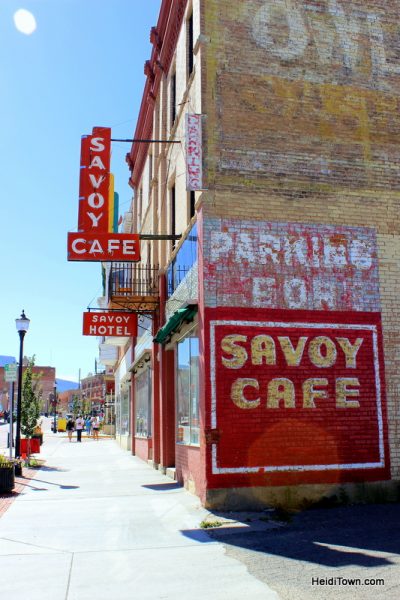 That evening we had dinner at an iconic Trinidad restaurant, Rino’s Italian Restaurant & Steakhouse. A number of people had recommended Rino’s for their food and entertainment. The entertainment comes in the form of singing waiters. Everyone at Rino’s sings, staff even emerged from the kitchen to belt out a tune.

My shrimp and chicken pasta was good, but it’s the singing at Rino’s that we’ll remember for a lifetime. When the owner, Frank, sang “All I’ll Ask of You” with one of his waitresses, I teared up. It will go down as one of my most beautiful travel memories. 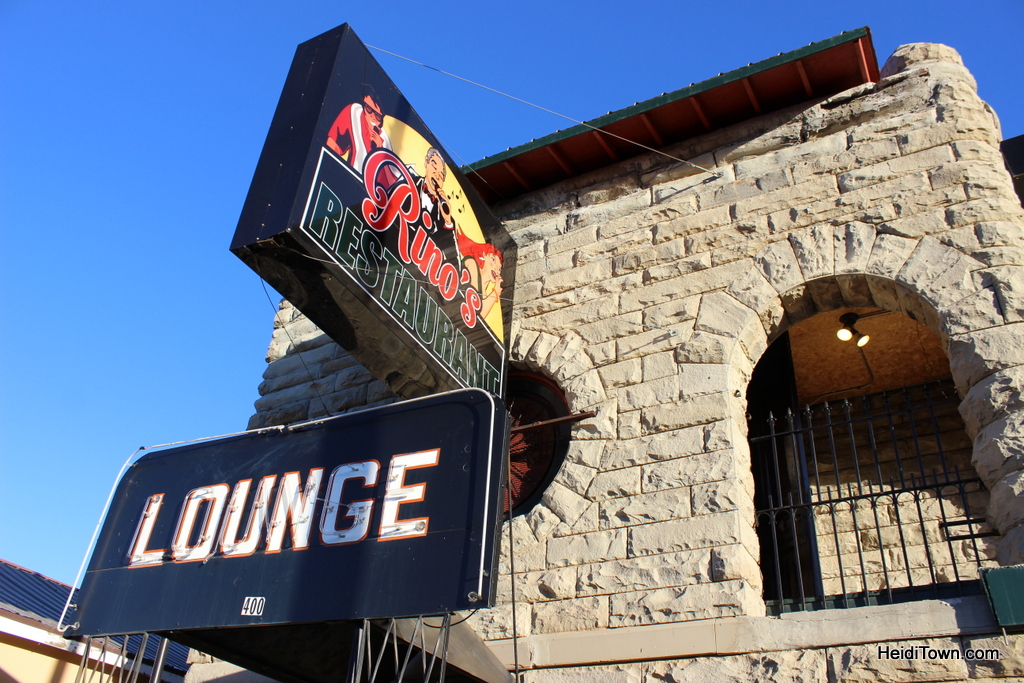 On Sunday morning, after breakfast at Tony’s Diner, we made our way home the long way, down US Route 350 towards La Junta following the Santa Fe Trail. One day I might write about this interesting detour, but this post is long enough.

It feels like Trinidad is a town where things are moving in a positive direction and that’s a great feeling to experience in a place. We can’t wait to go back.

Thank you to ArtoCade for hosting us at the Quality Inn in beautiful Trinidad, Colorado.

Out of the Ordinary Winter Escapes in Colorado