Nothing destroys the stereotype of being a cow town, like Denver Arts Week. Denver is a hub of arts and culture and during this week long celebration, every type of artistic medium is celebrated including visual arts, theater, music, film, museums, dance, opera comedy, history and heritage.

Get walking, get artsy

The event kicks off on November 2 with First Friday Art Walks in numerous neighborhoods around town. A list of six different walks can be found here.

Next up, on November 3, it’s Night at the Museums. This is an opportunity to tour 22 Denver museums and pay no admission fees. There’s even a free shuttle that makes exploring that much easier. From the Denver Art Museum to the Denver Children’s Museum to the Forney Museum of Transportation, this is a whirlwind event that will leave you with a better knowledge of everything from history to art. Click here to learn more about Night at the Museums. 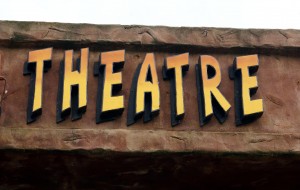 Every day during Denver Arts Week, you’ll have a chance to see live theater, from the Denver Performing Arts Complex (the second largest such complex in the U.S.) to more intimate neighborhood theaters. There’s also the opportunity to get a sneak peek behind the curtain; see how productions come together and learn about actors’ and dancer’s crafts during workshops. From ballet to musicals to dramatic theatre, there’s a little something for everyone on stage during Denver Arts Week. For the entire lineup go here.

The Denver Art Museum is the largest jewel in the city’s cultural crown. The museum hosts world renowned exhibits, such as Yves Saint Laurent this past summer. Another amazing show just opened and it’s attracting art lovers from around the world.

The exhibit explores Van Gogh’s evolution as an artist through more than 70 paintings, alongside paintings from artists who played significant roles in his life. The exhibition is on loan from more than 60 public and private collections around the world.

Nothing like this has ever been assembled before and Denver is the only venue for this exhibit. Becoming Van Gogh is at the museum through January 20, 2013. Learn more at DenverArtMuseum.org.

Starz Denver Film Festival, brought to you by the Denver Film Society, celebrates its 35th anniversary this year. If you’re a movie buff, this is the festival for you. The event runs November 1 through 11, and features 100s of films (I think. Their website doesn’t have the exact number of films being shown, but it seems like there are a lot). From documentaries to student films, the entire Starz Denver Film Festival schedule can be found here.

Channel your inner Bob Ross at a paint while you drink studio
HeidiTown on the Radio – Let’s get artsy, Colorado