When the  ArtoCade  folks approached me about featuring their fest, I was delighted. This is the type of festival that I love to share with my readers. ArtoCade puts the “u” in unique and with so many festivals all starting to look the same, it’s downright refreshing.

So what’s ArtoCade? It’s an art car parade and festival. And what’s an art car? According to Wikipedia it’s a vehicle that has had its appearance modified as an act of personal artistic expression. These art cars are frequently driven by their creators who are called “cartists.”

I saw my first art cars during Telluride Fire Festival  last winter and they were impressive.

Not all the art cars in Trinidad will shoot fire, but the creativity of these vehicles will amaze you. The amount of work and talented that folks put into these creations is mind boggling and they do it, in part, for you, the crowd.

One intriguing fact about art cars is that their creators come from all walks of life and many are not trained artists; they simply want to express their imagination using their car as a canvas. And some crazy things come out of these brains. 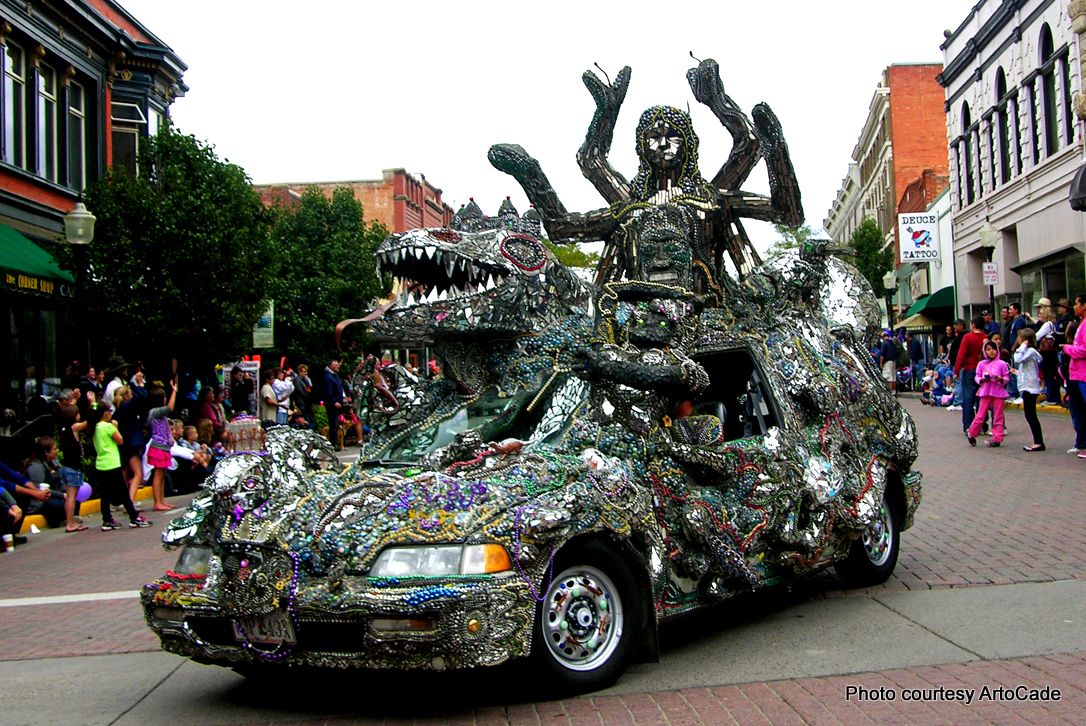 This three day event in Trinidad, just over 3 hours south of Denver, gets underway at 5 p.m. on Friday, September 11 in downtown Trinidad with Vehiculart. This event involves art exhibits and presentations that celebrate art cars.  CarBash  happens in the evening at  Brix Sports Bar & Grill on Main Street.

The main event, the ArtoCade Parade, gets underway on Saturday, September 12 at noon. Unless you’ve been to an art car event, this is unlike any other parade you’ve seen. As the ArtoCade website says, “if you can’t drive it, it’s a float.” Festival booths will be open before and after the parade along Main Street. 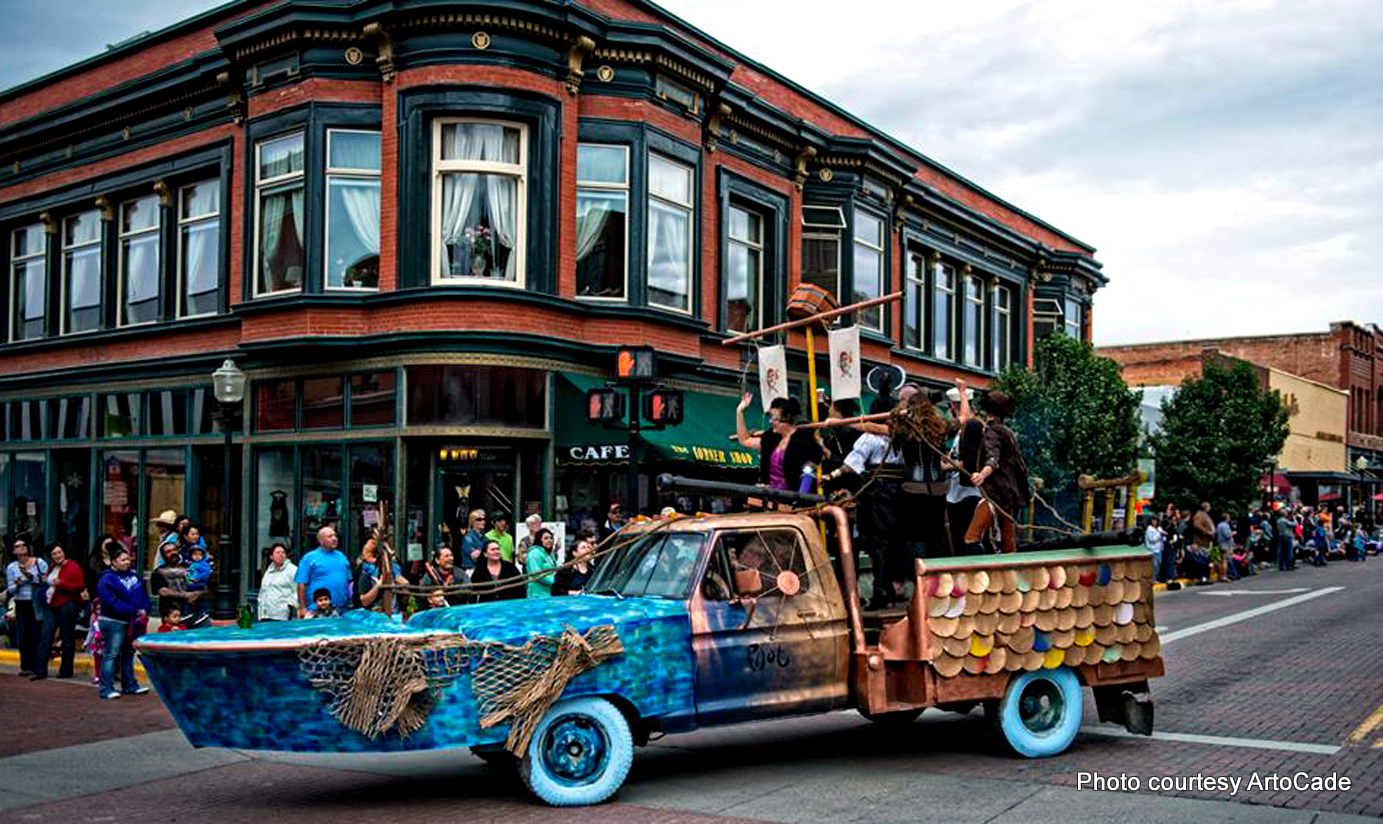 After the parade it’s time for Ogle, Look & Play & Traffic Jam from 2 to 5 p.mm. This is your chance to get up close and personal with the art cars and their creators.

Make sure you bring the kids along to ArtoCade. They will love ArtoKid, a booth where they can make little art cars, paint on a full-sized automobile and draw on a chalkboard covered car.

In the evening join the CarDango, a dance and circus featuring internationally acclaimed magicians the Dream Masterz, Dragon Aerialists and lots more. This is the only ticketed event during ArtoCade. CarDango will be held at Sebastiani Gym from 7 to midnight. Tickets are $18.

On Sunday send off the “cartists” during BrickFest from 8 to 10 a.m. Everyone is invited.

With the exception of the Saturday night gala, ArtoCade is a FREE event!