What’s better than a day at the Denver Art Museum? A day at the art museum followed by a stay at The Oxford Hotel in downtown Denver.

Earlier this month we participated in The Oxford Hotel’s Denver Art Museum package which includes VIP access to Her Paris: Women Artists in the Age of Impressionism. It’s the perfect combination because the woman featured in this exhibit would have likely stayed at The Oxford Hotel if they had visited the Mile High City at the Turn of the Century. After all, any woman who had time to paint during this era came from a family of means.

The package includes two VIP tickets to the show, complimentary valet parking at The Oxford, transportation to and from the exhibit in the hotel’s gorgeous Cadillac and a complimentary hotel upgrade based on availability.

Believe me, there’s no better way to impress your significant other this holiday season than with this Denver hotel package.

We started our afternoon at the exhibit which runs through January 14. Unless you’re a major aficionado of this genre of art, I’d budget about an hour to tour through Her Paris, which features art created by women in Paris from 1850 to 1900. There are more than 80 paintings by 37 women artists from across Europe and America. Some names you’ll recognize such as Mary Cassatt, while others may be less familiar.

A large part of the exhibit consists of self-portraits and this was due in part to the fact that women were not allowed to paint in public in Paris during this time except at the Louvre, so women painted self-portraits or landscapes of their own backyards. There was also only one art school women were allowed to attend, the private Académie Julian and many of the women in this exhibit were students there.

I was struck by how many women from Northern Europe were represented in the show, such as Hanna Pauli from Sweden who painted one of my favorite paintings in the exhibit called “The Farm” (1887). Also, fellow writers should look for “Young Women at Church” by French painter Marie Petiet. I think this painting is a great writer’s prompt as these girls could be discussing everything from the sermon to the boys they love. The servant girl behind them is also an intriguing character.

Learn more about this show by visiting Her Paris online.

There are some places that are simply a cut above the rest and The Oxford is just such a place. This hotel, the oldest in Denver, blends the classic beauty of the past with modern convenience, but a lot of hotels do that.

What truly sets The Oxford apart is the level of service. From the doormen to the staff member who delivered a fridge to our room, there’s a refinement here that really stands out. I think it’s noticeable because somewhere along the way being polite has been lost in the constant rush of today’s modern society. So now, when we encounter this level of civility it’s almost startling and always notable.

We arrived at The Oxford Hotel just in time for Bourbon Hour. Yes, Bourbon Hour. As Ryan and I sipped our complimentary bourbon in front of the hotel’s lobby fireplace all decked out for the holidays, we felt as though we’d been transported back in time and the time in which we now found ourselves was very good.

Later in the evening, we continued traveling back in time by indulging in a drink at The Cruise Room at The Oxford Hotel. It was my first time at this Denver icon which opened the day after Prohibition was repealed in 1933 and has been serving up their famous martinis ever since. The bartenders here are a combination of Tom Cruise in “Cocktail” and Lloyd from “The Shining,” although I’m pretty sure they aren’t ghosts. 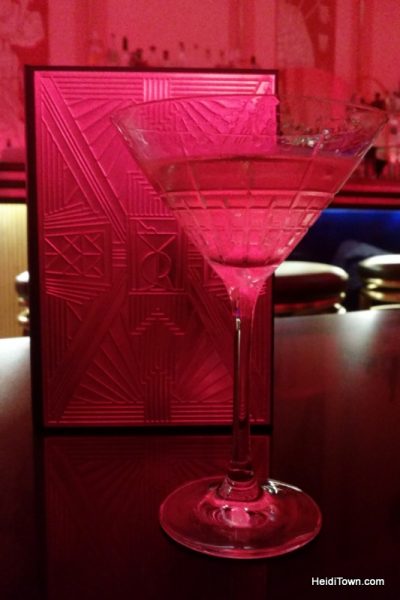 We were in a Premium Corner room which I highly recommend not only for the views but for the luxury. From the clawfoot bathtub to the king bed, it was the epitome of comfortable elegance.

Whether you’re looking for a memorable gift or simply need an artsy weekend escape, the Her Paris package at The Oxford Hotel is perfect. Go here for package details.

Thank you to The Oxford Hotel and the Denver Art Museum for hosting us on this trip.

Santa Claus is Coming to Town: 3 Santa Festivals in Colorado

A Visit to Bellingham, Washington, the Mayor’s Homeland

I took this video months ago but it makes me laugh