Hollywood came out for the Globes tonight. Many ladies wore pastel dresses resembling bridesmaid attire, and many men were sporting facial hair.

The big news? Kate Winslet probably won’t be winning an Oscar, now that she’s finally walked away with an award – two actually. She won Best Supporting Actress for “The Reader” and Best Actress for “Revolutionary Road,” leaving the door wide open for a most deserving Meryl Streep to win the Oscar. 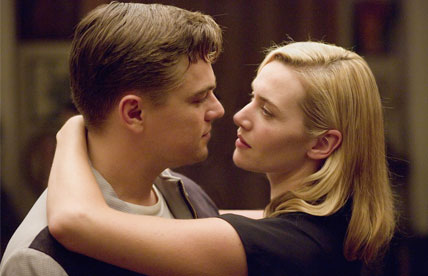 Winslet was surprised by the second win and had a terrible time getting through all her thank you’s, though having a British accent always makes a person seem proper, even when they are in a state of disarray. She confessed her “13 year” love of co-star Leonardo DiCaprio – thankfully she quickly followed up by adding how much she loves her husband and “Revolutionary Road” director, Sam Mendes.

“Slumdog Millionaire,” one of my favorites, was the surprise big winner, walking away with Best Screenplay, Best Musical Score and Best Picture.

Best Actor went to Mickey Rourke for his performance in “The Wrestler.” A seemingly sober Rourke tripped on the stairs, but then regained his composure enough to deliver a very good acceptance speech, which even included thanking his dogs (something most dog people will appreciate).

Not a surprise, Best Supporting Actor was given posthumously to Health Ledger for his portrayal of the Joker in “The Dark Knight.”

Television awards do not interest me, so you’ll have to search elsewhere for who won on that front.

Now, bring on the Oscars!