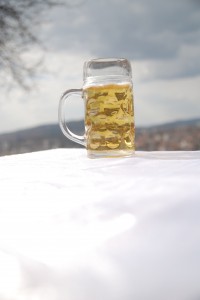 September is in full swing and so are Colorado Oktoberfest celebrations. Some have already occurred, but here are a few festivals where you can practice your chicken dance and drink beer from a giant mug. Don’t forget the lederhosen!

Oktoberfest Denver, September 17-19 and 24-26: This will be the 41st year for this Oktoberfest that was named one of the best festivals in the nation by USA Today. It also holds the record for being one of the largest Oktoberfests in the country. Thousands come out for this festival that is modeled after Munich, Germany’s famous Oktoberfest.

Like many cities across the United States Denver boasts a strong German heritage with many of the city’s first bars being open by German immigrants. Oktoberfest Denver includes live music, a 5K race, a Kid Carnival, Oktoberfest Olympics, a dog derby, costume contest and, of course, lots of beer. This year’s beer sponsor is Sam Adams. Admission to this event is free. For a full schedule visit www.OktoberfestDenver.com.

16th Annual Breckenridge Oktoberfest, September 17-19: Unlike some of the other Oktoberfest, this festival features authentic German Paulaner beer, one of my favorites. The festival is held on picturesque Main Street, with traditional costumes, German food, Oompa and polka music, Bavarian dancers, children’s activities, a keg-tapping ceremony, a 5K run and more. Admission to Breckenridge Oktoberfest cost $5. For more information visit www.GoBreck.com.

Greeley’s Oktoberfest 2010, September 24-25: I have it on good authority (an accordion player) that this is an awesome small town Oktoberfest. Greeley, Colorado is steeped in German heritage, and the town has been celebrating Oktoberfest since 1971.

The festival is held in historic Lincoln Park and features everything from polka music to a rye bread bakeoff. In addition there will be a brat toss, a beer barrel roll race, and even a life size beer pong tournament (this I have to see).

Admission is free to Greeley’s Oktoberfest. Bring the entire family and enjoy a day of the live music, dancing, beer and yummy German food. For a schedule visit downtown Greeley online.

If you need to brush up on your  Chicken Dance skills, here’s a little instructional video from the Lawrence Welk  Show:

We ate all the things at #TrestleCoastalCuisine fo