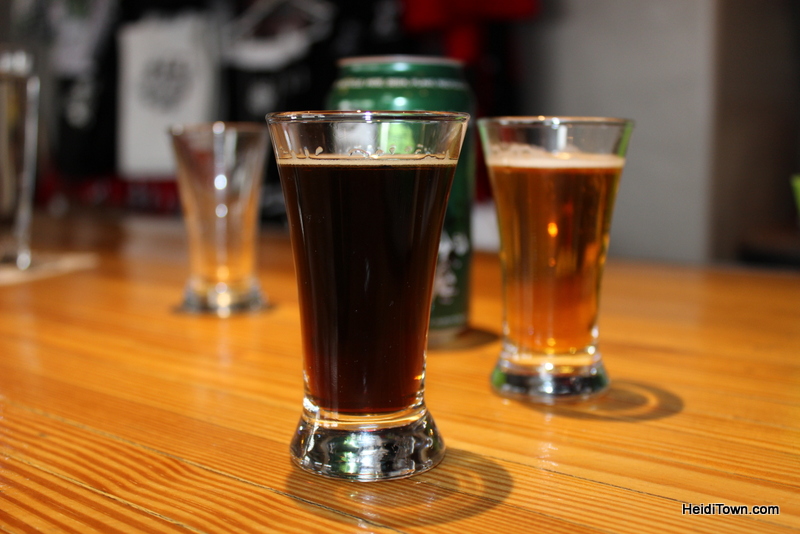 If I had to use just one word to describe Durango, Colorado, it would be “chill.” People are friendly and the pace of life is a few clicks slower than along the Front Range of Colorado.  It’s not surprising that this town of 17,000 has five breweries, because nothing says “chill” like relaxing on a sunlit patio with a cold craft brew in hand.

We visited in late April and for the first several days of this trip I was attending a conference, but for the last couple days we played like locals and that meant drinking some really good beer.

I have been behind the scenes at a number of breweries, but have never had on an official tour until we visited Ska Brewing in Durango. Our tour guide was Holly and we were joined by a pair of brewery owners from Fruita.

The smell of hops and mash hit us in the face as we left the taproom and went behind the scenes. The highlight of the tour was getting a can of Modus Hoperandi IPA right off the line. Beer doesn’t get any fresher than that.

After the tour we attempted to taste just about everything Ska brews, including the three porters they had on tap. The mint was weird and I just couldn’t get my head around it, but the molÃ© was outstanding – so many levels to this intriguing porter.

We also visited Steamworks Brewing Company for dinner during this trip. The servers here are super knowledgeable about their food and beer and can recommend some killer beer/food pairings. Also, they have a wild salmon sandwich that I will dream about for years to come.

Carver Brewing Company has great beer and my favorite patio in Durango. Drinking a beer while swinging in a hammock chair on the patio at Carver is one of my go-to happy places.

We didn’t make it to Durango Brewing on this trip, but you can find them online at DurangoBrewing.com.

There’s also a brand new brewery in Durango that just opened called Brew Pub & Kitchen. It’s getting rave reviews and we can’t wait to try it on our next visit.

This trip was sponsored in part by Durango.org.