Lyons, Colorado is one of our longtime haunts; after all, we’ve been visiting for more than a decade. It’s home to one of Ryan’s favorite destination, Lyons Classic Pinball, and anytime we’re in town some pinball must be played. 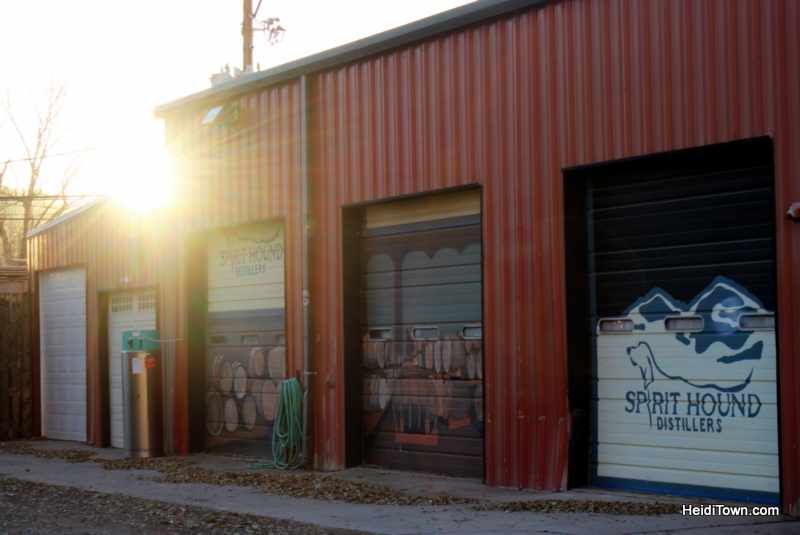 Last Friday, we had a new destination in Lyons – Spirit Hound Distillers. They’d invited me for a tour and we’d gladly accepted. Spirit Hound has been open for four years, and I’m embarrassed to say that this was my first visit.

The distillery has obviously been embraced by locals as the place was packed on a Saturday evening.

We weren’t just here for a tour, but to taste some spirits, including their holiday drinks made with their recently released barrel aged rum. Ryan had a warm chocolatey rum drink while I had my first-ever hot buttered rum – I highly approve.

We sipped our drinks as head distiller and Colorado booze royalty, Craig Engelhorn, led us on a highly informative and entertaining tour. Craig is responsible for one of Colorado’s best known beers, Dave’s Pale Ale, which was created from his own recipe when he was the brewer at Oskar Blues. This guy has some serious street cred, in Colorado and beyond, when it comes to booze.

To get the entire story of Spirit Hound, I’d recommend taking a tour with Craig because I won’t be able to share everything I learned. I will tell you that Craig knows his stuff and thanks to him (and the rest of the staff at Spirit Hound), this place has been cranking out award winning spirits since opening.

When you’re on the tour be sure to ask for evidence of the “angel’s share.”

While whisky is their flagship spirit, many of their other offerings have been well-received including their gin featuring locally picked juniper berries that locals bring in to the distillery in exchange for a free drink. On that note, when is juniper berry season in Colorado? I need to plan a little juniper picking outing.

After our tour, Craig set us up with a flight of Spirit Hounds whisky, which is listed in the 2017 Whisky Bible on page 283, and for good reason.

Full Disclosure: I’m a whisky fan, but Ryan’s not, and even he had a favorite among the tasters in our flight. He’s top choice was Barrel 23 and mine was Barrel 26.

An evening at Spirit Hound is delightful. It would be the perfect place to meet up with friends or to take visiting family during the holidays. The tasting room sometimes features live bands and other entertainment. Their Facebook page is a great way to stay on top of what’s happening there.

After a fun experience at Spirit Hound, we headed up the street to Oskar Blues for dinner, where I ate some of the best fish and chips I’ve eaten outside of the United Kingdom. After dinner, we played some retro arcade games at Lyons Classic Video (downstairs at Oskar Blues) and then headed over for an evening of pinball at Lyons Classic Pinball. just around the corner from Oskar Blues. 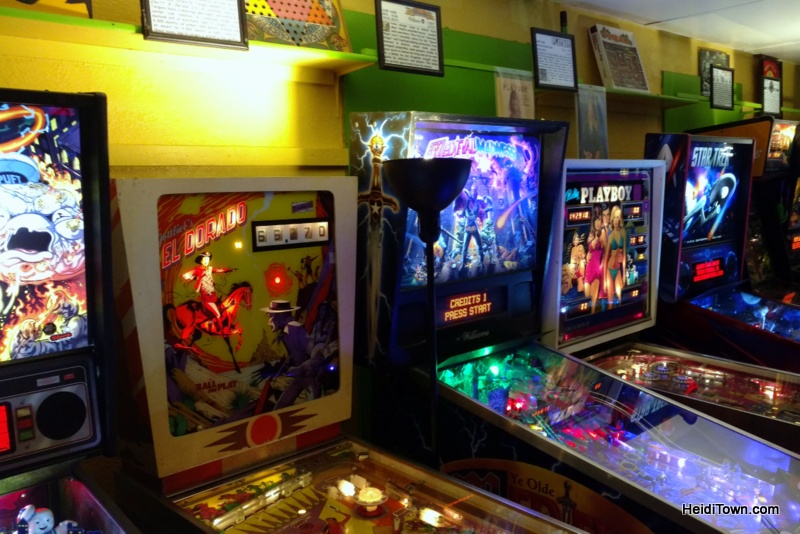 There are so many great reasons to visit Lyons, Colorado. Don’t you think it’s time you made a trip?