There are few cities along Colorado’s Front Range that have a better taco scene than Longmont—maybe none. Google search “tacos in Longmont” and tons of entries come up, from places like Fuzzy’s Tacos to lots of locally owned joints.

I asked citizens on HeidiTown’s Facebook page their favorite taco in Colorado. National Taco Day inspired the question and I got a number of responses but was blown away by how many named a Longmont location.

Earlier this month, I spent two nights in Longmont for Oktoberfest and ate my way through several taco shops. I have to go back and try more but without a doubt, when it comes to tacos, Longmont is winning.

In the past, I’ve eaten at Jefes Tacos & Tequila and it’s good. It’s especially great for those who want to start their exploration of tacos at a place where the menu is in English. I love Jefes’ smokey jalapeno garlic hot sauce. Get some, it’s delicious.

On a Saturday in October, I was with my friend Sharon who, thankfully, adores spicy Mexican food as much as I do. This gal makes a mean margarita that has ruined me for all others. The key is that everything has to be fresh and none of the ingredients are premade. If Sharon opened a margarita restaurant it would make news—her margaritas would be that good. 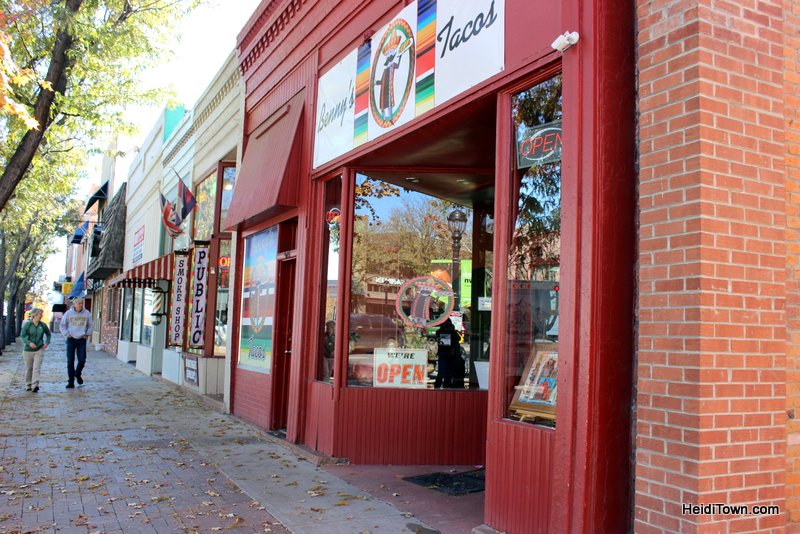 First up, was Benny’s Tacos because Rachelle, a HeidiTown citizen, and her friends, HIGHLY recommended this restaurant, writing that it had the best place tacos in Longmont. She and her friends consider themselves to be taco connoisseurs (my kind of people).

Benny’s is on Main Street and just a five-minute walk from the Thompson House Inn & Tea Room where we were staying. The salmon pink walls of the restaurant are reminiscent of Mexico. It’s not fancy, but comfy and we ordered tacos and a torta, which is my new favorite thing since having an outstanding torta in Limon, Colorado, several years ago. Tacos are first, but tortas, a Mexican sandwich, are a close second.

The taco meals at Benny’s come in fours and we ordered the pastor and carnitas Asada, and a barbacoa torta. Just writing this is making my mouth water. The tacos arrived with avocado slices on top. Avocados are the key to my heart so I fell in love with these pretty tacos before I tasted them.

Everything at Benny’s was bursting with flavor. From the salsa, which has a kick, to the tacos to the melt-in-your-mouth barbacoa torta oozing with guacamole, it’s all scrumptious. I like the cook on the taco meat; a bit crunchy on the outside and soft on the inside. I can see why Rachelle and her friends recommend Benny’s in Longmont. 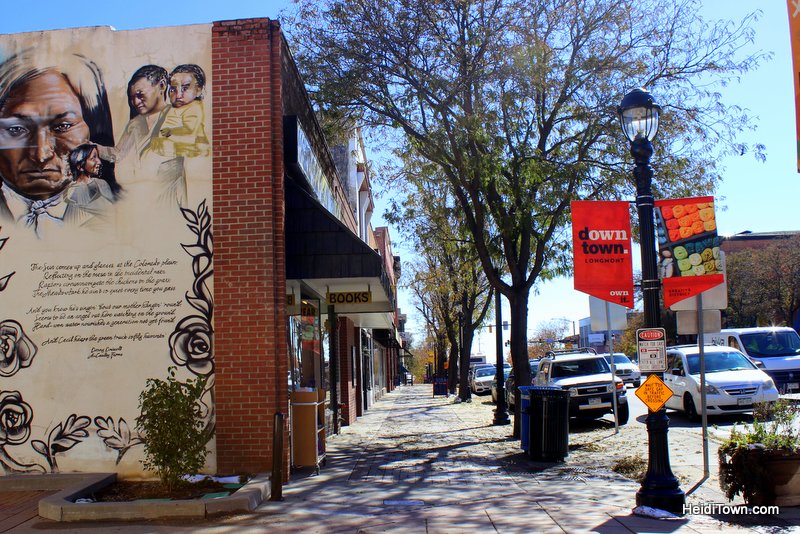 Because we really like tacos and Mexican food in general, Sharon and I decided to go to another Longmont taco joint that is much-loved by HeidiTown citizens. 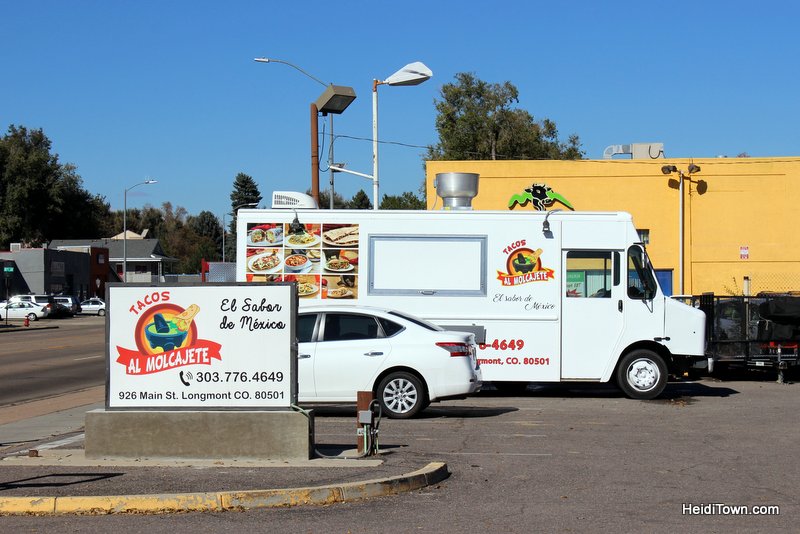 Tacos Al Molcajete is an authentic taqueria on Main Street just a few blocks north of downtown. Located in an old A&W, the menu on the wall is in Spanish, making it perfect for adventurous eaters. They also have an abundance of Mexican sodas and deserts. Tacos Al Molcajete is a little bit of Mexico in Northern Colorado and people of all kinds flock here.

For dinner, I ordered two tacos, one chicken because Angela raves about it. She says that chicken tacos are usually boring but at Tacos Al Molcajete it’s her favorite. The cold and dreary October weather inspired me to order menudo soup. I didn’t realize that menudo is made with tripe.

When it comes to food, I like nearly everything, but not tripe. I believe it is an acquired taste and I haven’t acquired it. The broth was delicious though. Tripe is cow stomach and Jonathan, Angela’s husband, loves it.  Apparently, he has acquired the taste.

Of course, I put two different kinds of salsa on my tacos at Tacos Al Molcajete. They have a salsa bar that makes my heart sing and take it from my singing heart, their salsas are hot. I am not exaggerating. My friend Zea, who grew up eating a lot of Mexican food in Arizona, joined us for dinner and she declared as she ate, “The orange salsa is hot!”

The tacos were good and Angela was right, the chicken here is fantastic. At Taco Al Molcajete it’s 100% about the food. Guests do not dine here for the ambiance, they come to eat yummy Mexican food in Longmont. 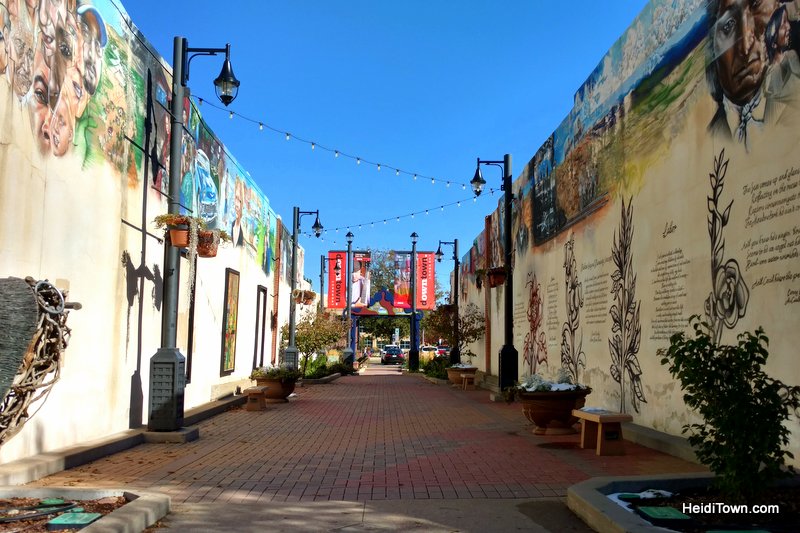 Sharon preferred Tacos Al Molcajete and I liked Benny’s best (it was probably the avocados), but I recommend both places.

Several weeks after this trip, I found myself in town browsing the museum’s Dia de los Muertos exhibit. This was the perfect excuse to try a new taco place in Longmont and I ended up at Tacos Don Jose’s in north Longmont near Murdoch’s.

I had two tacos and ate half a huge torta. Don Jose’s was proof yet again that Longmont is where to go for good tacos in Colorado.

I’d be remiss if I didn’t mention Summit Tacos in an article about tacos in Longmont. This food truck, which shows up at places like City Star Brewing in Berthoud, festivals and the Longmont Farmers Market, makes heavenly tacos.

I first tried Summit Tacos at Pressed Fest in Longmont and was immediately hooked. If you need a taco fix, find out where this taco truck is parked and go. I have it on good authority that their pozole, a Mexican stew with hominy, is excellent too. They sold out before Sharon and I could get some at the Longmont Farmers Market (open through November 17). A new goal of mine is to try Summit Tacos pozole this winter.

I am taking notes so please leave a comment telling me your favorite taco joint in Longmont or beyond. I’ll probably end up there at some time in the future.

Exploring for More Than a Decade: HeidiTown Turns 11

The overlook off of Hwy 285 just north of Buena Vi