Sitting on our room’s patio at the Table Mountain Inn, we felt a million miles away from the big city. This is the best part of a visit to Golden, Colorado; it is a small town that’s so close to Denver metro and the Front Range that you’ll hardly see your fuel indicator move on a drive there. 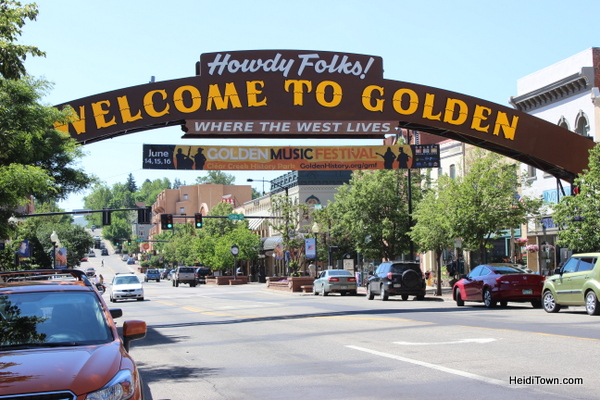 We were in town to attend the Golden Music Festival, but this 2-day itinerary works for whatever happens to bring you to Golden.

We arrived on a Friday afternoon, checked into our hotel and decided to indulge in nachos and a couple gigantic margaritas on Table Mountain Inn’s restaurant‘s new patio. A great idea because it was happy hour and everything was just $5, plus the nachos were impressive.

After our snack, we walked the short distance to Coors for our VIP tour. This was my first-ever big brewery tour and it was an eye-opener. The scale on which Miller Coors brews beer is staggering. My husband kept referencing “Willy Wonka & the Chocolate Factory” as we gawked at huge copper kettles and ginormous two story vats of bubbly stuff. 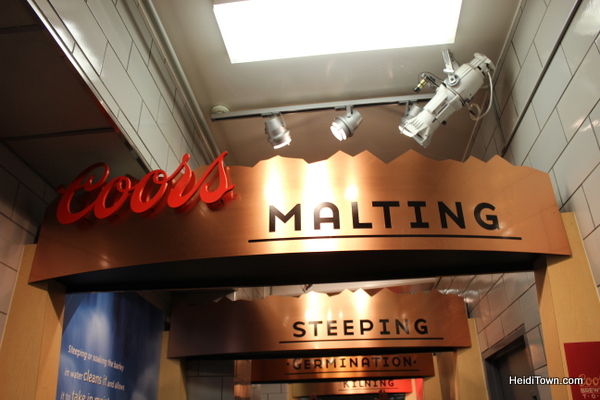 I loved the vases of fresh flowers throughout the brewery; this is an ode to Pete Coors’ mother, who loved fresh flowers. 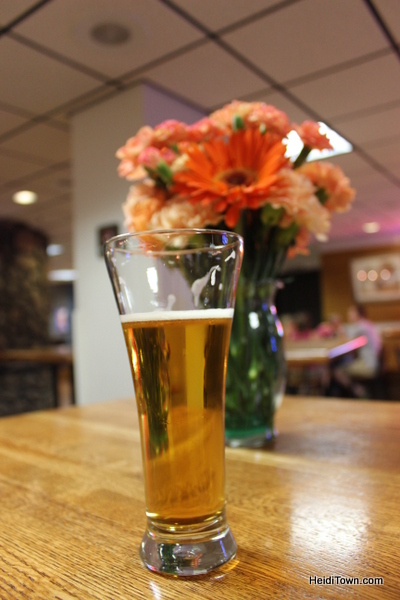 The tour ends in the tasting room, and on a VIP tour you get to taste a few extra beers in a private room. Our tour ended near closing time, so we had to be quick about finishing our beers – so be sure to time your tour accordingly, and leave time to explore the gift store. I’m not an avid shopper, but this store had lots of good swag, from home dÃ©cor to clothing and everything in between.

Please note: Due to Homeland Security regulations, you may not have a purse on your tour of the brewery, so put your ID, credit card and cell phone in your pocket and leave the purse behind.

On day two, after enjoyed coffee on the patio of our lovely hotel room, we wandered over to the Golden Farmers’ Market. The walk to the market is lovely with sculptures and flowers along the river walk. 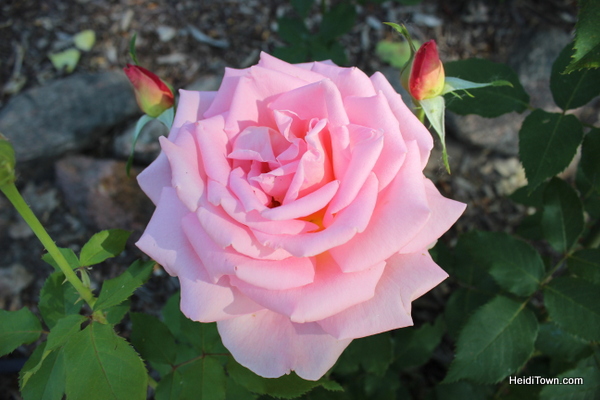 If I lived nearby, I’d shop this market every Saturday. We bought some pastries from Sweet European Treats and then ate some delicious breakfast burritos from a tiny Mexican food truck. After tasting a sinus clearing beet horseradish, I bought a bottle along with two bottles of Colorado-made hot sauce. I love food that makes me cry. 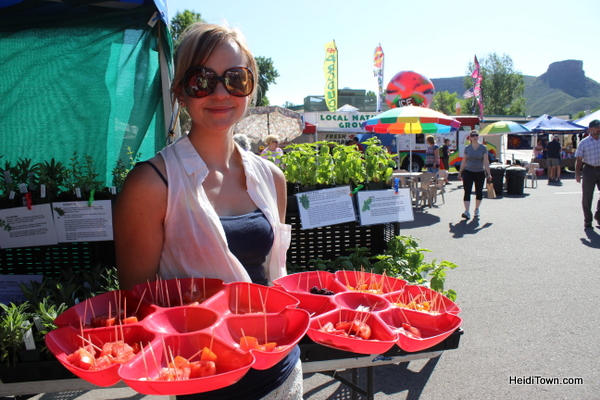 At noon, the American Mountaineering Museum opened. This place has been on my radar since it opened in 2008. Here’s a link to my full-length article about this museum as it appears in the Berthoud Weekly Surveyor’s Off the Beaten Path section.

In the afternoon our first stop was Mountain Toad, almost directly across the street from the museum. Relatively new, this brewery’s Summer Hop beer rates high with me. It tastes like summer in a glass. 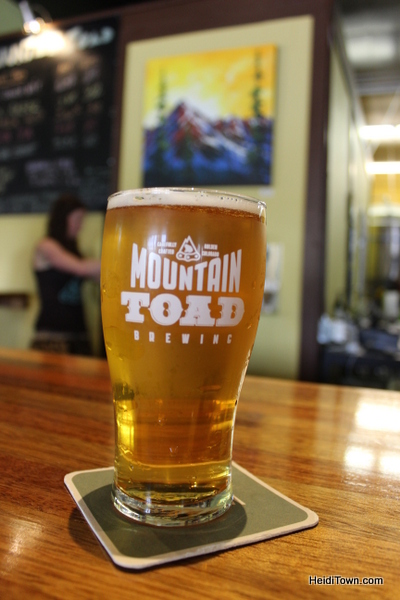 After Mountain Toad we made our way to Golden City Brewery. Referred to as “Golden’s second largest brewery,” GCB was founded in 1993. It’s quirky, and consists of a super tiny tasting room and a huge backyard where most of the action takes place. Helter-skelter picnic table seating means that you’re likely to make friends with a stranger, and we did.

We didn’t make it to Golden’s third microbrewery, Cannonball Creek Brewing Company on this trip, because it’s outside of downtown, but their beer is getting rave reviews.

After a day of beer drinking, we decided dinner should definitely be pizza, so after a couple hours at the Golden Music Festival we dined at the original Woody’s Wood Fired Pizza, across from our hotel. It was a good way to end a great day.

Sunday was Father’s Day, and Ryan’s extended family joined us in Golden. We spent most of the day sharing our discoveries with them.

The best part about this trip? Our car never left the parking garage at Table Mountain Inn. Golden, Colorado is a walkable town, and this makes for a stress free getaway that is bound to recharge your batteries.

To plan your Golden getaway, go to VisitGolden.com. And remember, Light Rail now extends to Jeffco Station in Golden. To get to downtown Golden from the station, look for the Golden Bus (Green). It comes by every half hour on the hour and runs until 8 p.m. during the week and until 11 p.m. on Saturdays. Learn more here.

This trip was sponsored in part by Visit Golden.