Into every life, a little rain must fall, but children shouldn’t have to bear the brunt of the storm and that’s where Realities for Children comes in.

The Fort Collins based, Realities for Children is the May recipient of the HeidiTown Gives Back Campaign. The mission of RFC is  to provide for the unmet needs of children who have been abused, neglected or are at-risk by uniting local businesses, youth agencies and the community in collaborative and mutually beneficial service.

The nonprofit was established in 1995, by Craig Secher, who was a child protection case-manager with Larimer County Child Protective Services. As he watched children slipped through the cracks of the system, he decided he was going to create a safety net. That safety net was Realities for Children.

Today, the nonprofit supports the services of 25 local youth agencies and represents over 150 business members invested in making a difference.

Realities for Children’s biggest fundraiser of the year happens at the end of this month.

This event is the World’s Largest Motorcycle Poker Run. Nearly 3000 riders participated in the event in 2013 raising more than $100,000, and that entire amount was placed in the Realities for Children Emergency Fund (benefiting the most vulnerable children).

This event is more than just a poker run, it’s a HUGE party in Washington Park in Fort Collins. There will be 15 different bands taking the stage over the two days, as well as motorcycle stunts, two beer gardens, a Hooter’s wing eating contest, a tattoo contest, mixed martial arts fighting demos, vendors and more.

Sign up to ride in the Rally or just show up to party at the event on May 24 and 25. Either way you’ll be supporting an amazing (and local) cause. Motorcycle enthusiasts won’t want to miss it!

To sign up to ride or learn about all the bands and other entertainment, go to RealitiesRide.com. 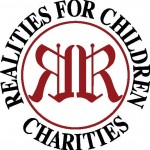 For more information on Realities for Children go to RealitiesforChildren.org and please join them on Facebook.

HeidiTown Gives Back  is a campaign I started in January 2012. Each month a Colorado nonprofit of my choosing receives a free ad space and a write-up here on the blog, along with occasional mentions in social media throughout the month. This is my way of using my platform to try to do a bit of good in this crazy world. To be considered email me at TheMayor@HeidiTown.com.

An evening with the “Sisters of Swing”
Travel Tip, go gourmet – #TravelTuesday