This summer, festivals have been canceled, we aren’t allowed to sit at bars, we need to mask up when in crowded public spaces, and we must try to social distance ourselves from strangers at all times. It’s been uncomfortable and anything but normal. However, if you’d like a little festivity this summer, that’s also safe, head to Laramie, Wyoming.

I am always impressed with this college town. It has chill vibes, plus, the downtown area with its historic brick buildings and rail yard is charming. It’s also closer than you think. It’s only two hours from Denver to Laramie and even less of a drive for those who live in Northern Colorado. 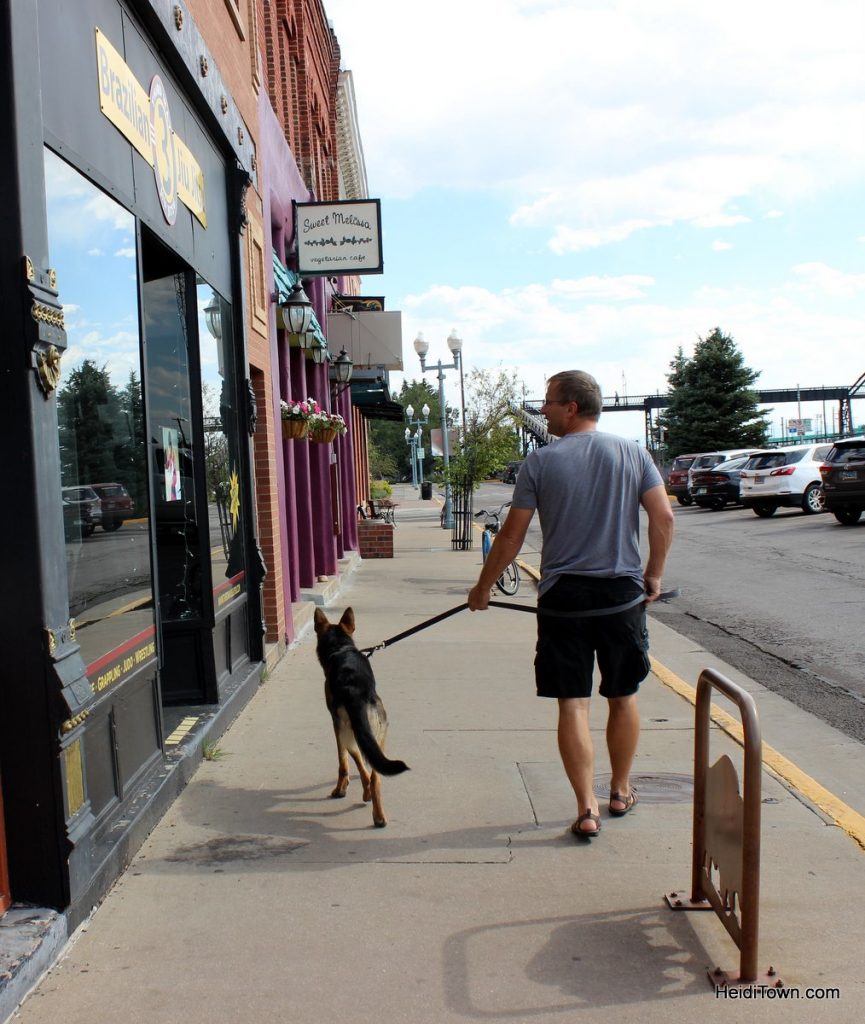 There is a block in downtown Laramie featuring a bookstore, coffee shop, ice cream parlor, chocolate shop, and Thai food restaurant. I could move to that block and never leave. Although if there were a brewery and taco shop on this block, I would already be living there.

This summer, to help allay some of the blues and to increase traffic to downtown businesses, Laramie has implemented an open container area. That’s right, you can purchase a beer or cocktail to-go from a participating business and sip and shop or drink your beverage in one of downtown’s expanded, outdoor seating areas.

RELATED: The Snowy Range in Living Colorado, Wildflowers in Wyoming

Open-air seating can be found at the Hollyhock mural area at S. 2nd St. and E. Custer Street. 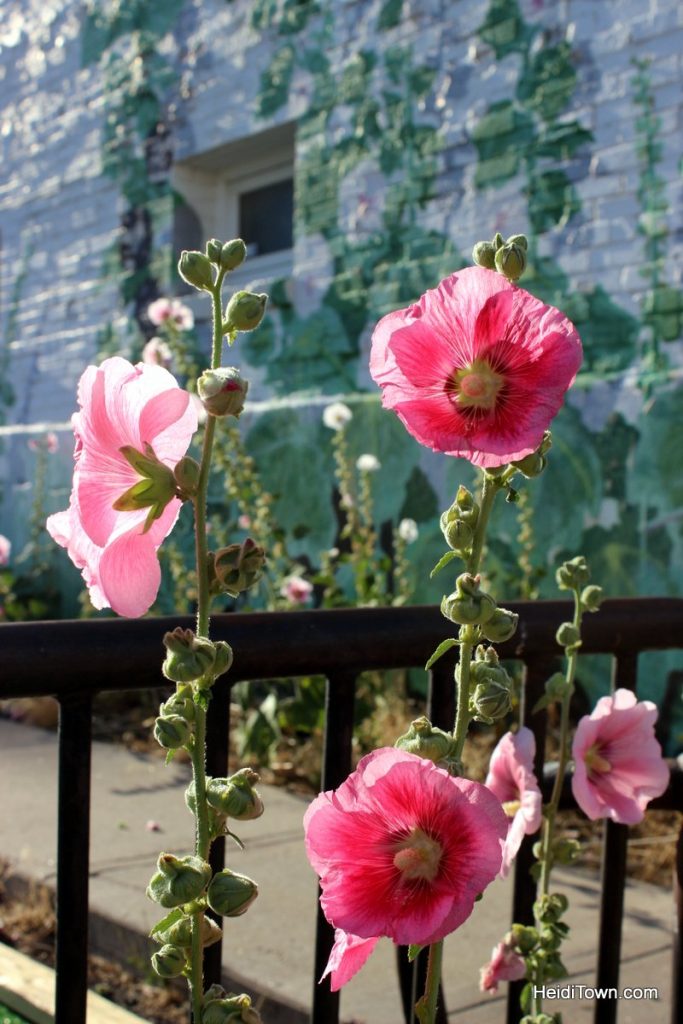 It can also be found at First Street Plaza on the corner of Grand Avenue and S. 1st St.

We took beers from Bond Brewing to Front Street Plaza where we enjoyed our drinks under an umbrella-covered table. One nice part of the open container area is that your dog can be with you and Fritzi is never happier than when she is with us.

By the way, Bond makes a solid hefeweizen of which I had several over the weekend.

We also had a beer from Coal Creek TAP, located next to Front Street Plaza. The happy hour beer prices here are amazing, especially when coming from the Front Range where I often pay $7 for a beer.

There is something about walking around outside with an adult beverage that gives me a festive feeling. This is probably due to my years of walking around festivals with a beer. Whatever the reason, it is awesome and sort of feels like you’re getting away with something except it’s legal.

In addition to the open container area, Laramie wants everyone to feel safe and comfortable visiting during COVID-19, so they have installed hand sanitizers throughout the district. Seating areas at restaurants have been expanded as well. For instance, we had dinner on the patio at Altitude Chophouse & Brewery, a sidewalk patio that usually doesn’t exist.

The open container area in downtown Laramie runs Thursdays to Saturdays through September 7 and a map can be found here.

By the way, Laramie is a wonderful town to visit with the pup in tow, especially now. More places are dog-friendly because of the expanded patios. Altitude, for instance, is now dog-friendly on the patio.

If you’re looking for a dog-friendly hotel in Laramie, we stayed at Hampton Inn by Hilton and it’s Fritzi approved. Plus, it felt clean and the staff is genuinely nice.

There are a number of brewery patios that allow dogs in Laramie. It’s also a great walking town that includes large sidewalks and a pedestrian bridge over the Laramie Rail Yard. There are lots of opportunities to explore downtown with your dog.

Thank you Visit Laramie for hosting this trip.

While Not at the Lake in Grand Lake, Colorado: Golf

One Night in Laramie, Wyoming: A Green Chile to Remember